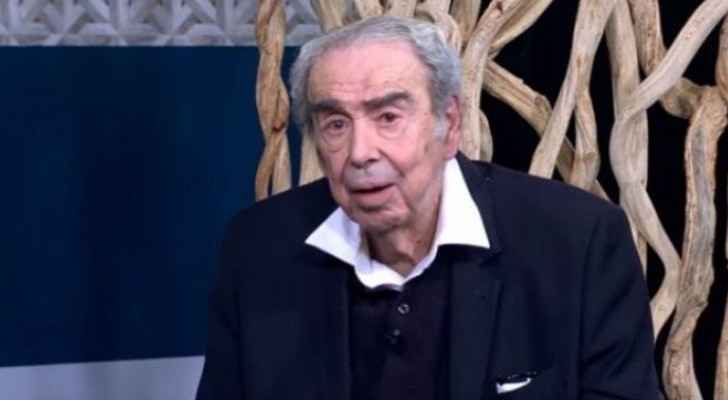 The former minister Hazem Nuseibeh passed away on Sunday.

The late Nusseibeh is a Jordanian politician, born on May 6, 1922 in Jerusalem.

He had always been loyal to the Palestinian cause, in every position he held, a minister, ambassador, delegate to the United Nations. He was also a faithful advisor to King Hussein in some of the most difficult years for the Kingdom.

His family has been entrusted with the keys to the Church of the Holy Sepulcher since the era of Omar Bin Al-Khattab, and one of the family members is responsible for opening the doors of the church in the morning and closing them in the evening.

Hazem Nuseibeh was appointed to a number of government roles until Wasfi al-Tal chose him as Minister of Foreign Affairs in his first government in 1962. He accepted the position in order to serve the Palestinian cause. He has served in more than one government.

He participated in drafting what was known as the white paper issued by Wasfi al-Tal's first government, detailing Jordan's position on the Palestinian issue and the relationship with the West Bank.

He also held the position of Minister of the Royal Court and an advisor to King Hussein in 1963.

At the end of 1969, he was appointed ambassador to Cairo and remained in the position until 1972. He then served as ambassador to Turkey, Rome, Switzerland and Austria.

In the mid-seventies, the government appointed him as head of the Jordanian permanent mission to the United Nations until 1982.

Roya extends its deepest condolences to Nuseibeh’s family and friends.

Ministry of Education announces the suspension of schools ....

Ministry of Education announces the ....