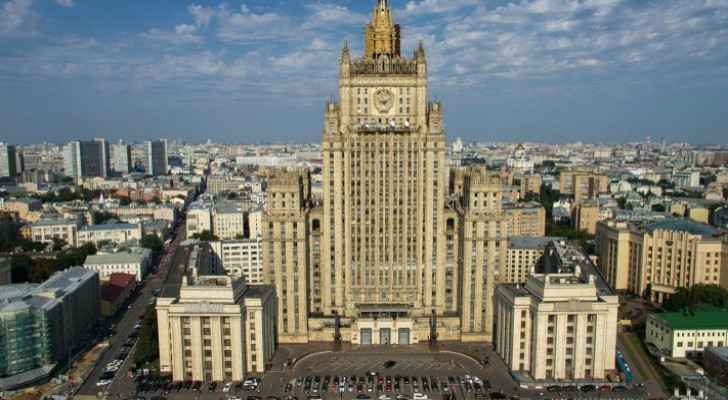 The Russian Foreign Ministry confirmed Thursday that Moscow will not leave the "hostile actions" of the European Union unanswered, expressing the hope that Brussels will realize that confrontation with Russia is not in its interest.

"The actions of the European Union will not go unanswered," said Nikolai Koprinets, director of the European Cooperation Department of the Russian Foreign Ministry, adding that "the irresponsible Brussels sanctions (against Russia) negatively affect the daily life of ordinary Europeans."

The Russian diplomat indicated that he does not believe that the Europeans are ready to pay the price for more killings of civilians in Ukraine from their pockets, and to transform Europe from a zone of cooperation and stability into a zone of conflict, according to what Russia Today reported.

The Kremlin had earlier described these measures as an unparalleled economic war. The Russian authorities also confirmed their readiness for such a development in events and stressed that they would continue to fulfill their social obligations, and that the Russian Central Bank was taking appropriate measures to achieve stability in the foreign exchange market.

The Russian authorities also announced the obligation of unfriendly countries to pay for Russian gas supplies to them in rubles and not in dollars or euros. In addition, the government prepared a plan to confront restrictive measures.

EU denies 'double standards' in its ....