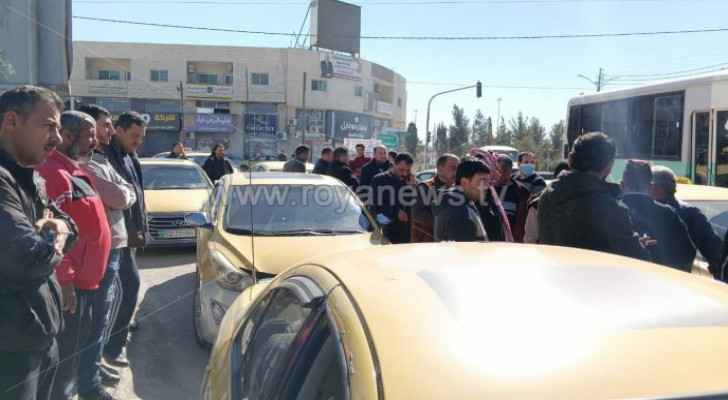 Dozens of taxi drivers in Ma’an Sunday held a protest calling on the authorities to tackle the issue of private vehicles and mini buses that get paid for transporting people.

The drivers said they are going to stop doing their job until the issue is resolved.

They also called on authorities to do something regarding car services that rely on smartphone apps, especially since the population of Ma’an is very small.

The taxi drivers had previously demonstrated the issue in front of the Ma’an governorate building.