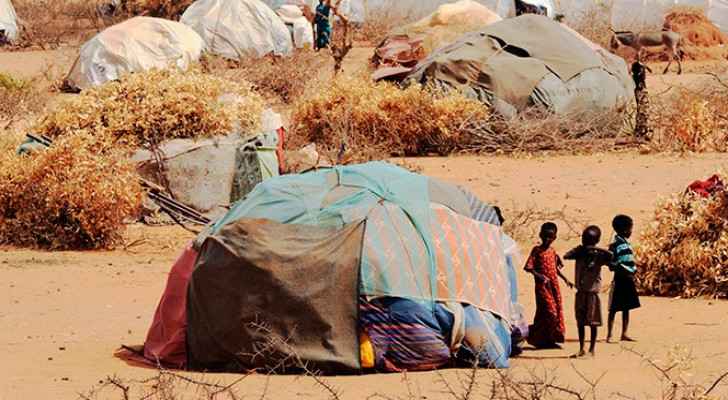 The United Nations on Tuesday warned of a possible famine that could affect more than 13 million people in Somalia, Ethiopia, and Kenya due to record drought.

The World Food Program (WFP) said that no rain occurred in the past three years, while Africa recorded its worst drought since 1981.

The drought forced families living in rural areas to abandon their homes as farm animals are dying in unprecedented numbers, due to the severe impact on crops.

The Regional Director for Eastern Africa UN World Food Program, Michael Dunford, said that the region is suffering water scarcity, as precipitation rates are lower than the average of what was expected, which worsens the crisis.

“Crops are spoiled, livestock is dying, and hunger intensifies, all of which are a result of the drought,” Dunford added.

He stressed the necessity of a “wide-scale humanitarian mobilization,” to avoid the recurrence of the drought-caused famine that took over Somalia in 2011 and caused the death of more than 250,000 people.

More than 5.7 million people in Ethiopia, half of whom are women and children, are suffering from malnourishment and in dire need of immediate humanitarian aid.

The WFP estimates that the cost of curbing this crisis is USD 327 million, which could help people for the next six months, and lift them from the starvation line.