Palestinians wounded after clashes with IOF

Palestinians wounded after clashes with IOF 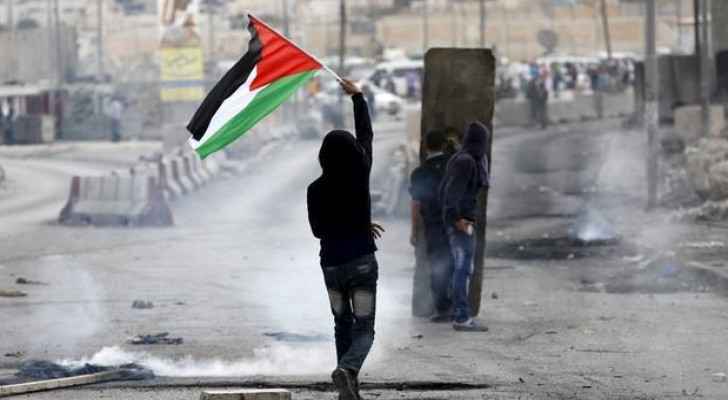 The Israeli Occupation Forces (IOF) arrested a Palestinian boy in clashes that erupted today, Friday, in the center of Hebron city.

Clashes erupted in Bab Al-Zawiya in the center of the city, during which the occupation fired rubber-coated metal bullets, stun grenades and tear gas.

During the clashes, the boy, whose identity has not yet been known, was arrested near Bab Al-Zawiya.

Additionally, dozens of civilians were injured this afternoon, Friday, in clashes that erupted with the Israeli Occupation Forces (IOF) in several areas of the West Bank, during protests against settlements.

The Red Crescent crews dealt with 88 injuries in the villages of Nablus governorate, including 10 activists who were injured as a result of the settlers’ assault on them with fractures and wounds, according to snd.

Clashes erupted in the vicinity of Jabal Sbaih in the town of Beita, south of Nablus, after the occupation suppressed the town's weekly anti-settlement activity against the outpost of "Evitar" on top of Jabal Sbaih.