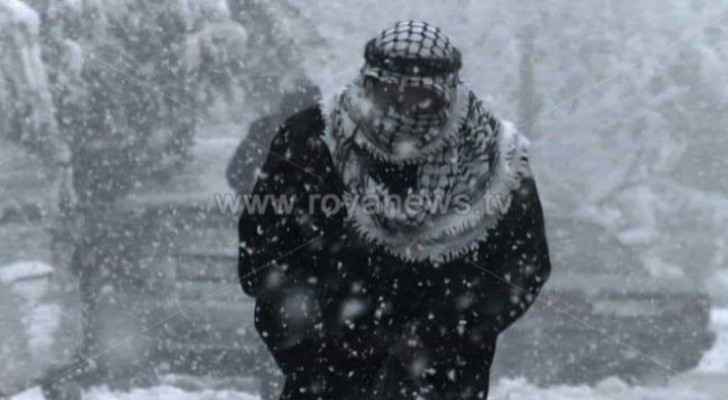 The director of operations at the Arabia Weather website, Osama Al-Tarifi, said that areas in the south of the capital, Amman, are expected to witness snow showers.

Al-Tarifi added, during his hosting of the Roya News Bulletin on Saturday, that the Kingdom is affected by a new air depression classified as a third degree at dawn on Sunday.

He pointed out that the northern and central regions of Jordan will witness heavy rain on Sunday morning.

He indicated that snow showers are expected in the south of the capital, Amman, on Sunday.

A cold air front on Sunday, behind which a very cold Siberian polar air mass is pushing, and a rare snowfall is expected in the Badia regions.