When will Jordan reduce home isolation period for COVID-19 patients?

When will Jordan reduce home isolation period for COVID-19 patients? 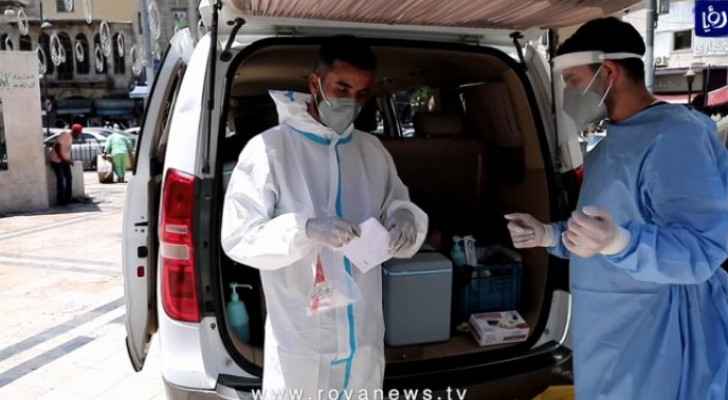 Jordanians are awaiting the government’s official announcement that the period of home isolation for COVID-19 patients in Jordan will be reduced, so that it becomes seven days for those who do not show coronavirus symptoms of infection, and 10 days for those who show symptoms.

The date of infection will be considered the first date of the isolation period.

An informed governmental source told Roya that the cabinet session, which was scheduled to be held Wednesday at 4pm, was postponed to Thursday at the same time.

The source explained that the decision, which was based on the recommendation of the National Committee for Epidemics, was approved by the Minister of Health, Feras Al-Hawari, and is awaiting the approval of the Council of Ministers.

He pointed out that the Council of Ministers is supposed to issue a decision in this regard Thursday.

Earlier, adviser to the Prime Minister for Health Affairs, responsible for the coronavirus file, Adel Belbisi, confirmed that 33 percent of new COVID-19 cases recorded daily in Jordan are caused by the Omicron variant.

Belbisi revealed that the Ministry of Health will change health protocols to deal with the increase in the number of cases.

Monday, a member of the Epidemics Committee Bassam Hijjawi confirmed that failure to adhere to COVID-19 preventive measures contributes to the spread of the Omicron variant.

Hijjawi told Roya that there has been a noticeable increase in the percentage of positive PCR test results during the past two days.

He indicated that Jordan may be at the beginning of a new COVID-19 wave, which requires adherence to preventive measures and receiving the coronavirus vaccine.

Hijjawi confirmed that the Delta variant is still prevalent in Jordan.

He pointed out that the percentage of infection with the Omicron variant reached 15 percent last week, noting that it is expected to rise.

Hijjawi lastly stressed that in Jordan we are still at the beginning of the Omicron wave.

Dec. 10, Jordan announced the registration of the first two cases of the Omicron variant.