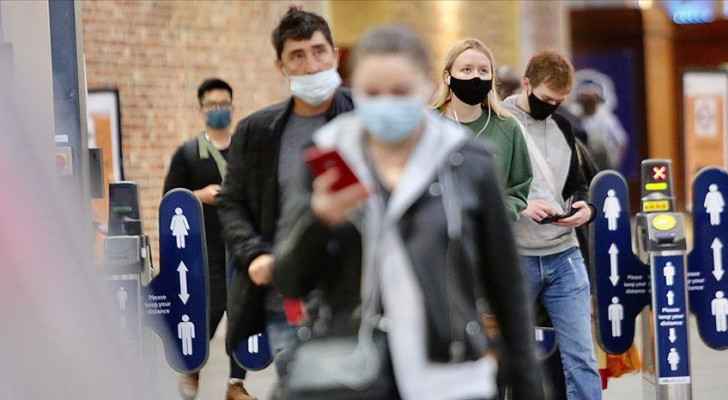 Saturday, the United Kingdom recorded 313 additional deaths from Covid-19, which brings the total deaths in the country since the outbreak of the epidemic to 150,057.

According to government figures, 146,390 new cases were recorded in 24 hours, a decline from the record number recorded on Tuesday.

Although the number of infected in hospitals is currently lower than that recorded during the previous waves (18,454 people on Saturday), the pressure on the health system is still very severe.

On January 2, the health system in England recorded the absence of more than 39,000 medical personnel due to being quarantined after contracting Covid or having contact with infected people, an increase of 59 percent within a week.

This number includes the absence of 4,700 people in London, which was the epicenter of the new outbreak of the epidemic.

Friday, the government announced that it would deploy hundreds of military personnel to support hospitals and ambulance services, in an attempt to fill this huge shortfall. About 1,800 military personnel were deployed across the United Kingdom.

Prime Minister Boris Johnson has so far refused to impose further restrictions to limit the spread of the virus, betting on the intensity of testing and the expansion of the vaccination campaign.

82 percent of Britons over the age of 12 received two doses of the vaccine, while sixty percent of the aforementioned group received the booster dose (35 million people).

Man in court for threatening to kill Queen Elizabeth II ....

Man in court for threatening to kill Queen ....

Man in court for threatening to kill Queen ....

Man in court for threatening to kill ....