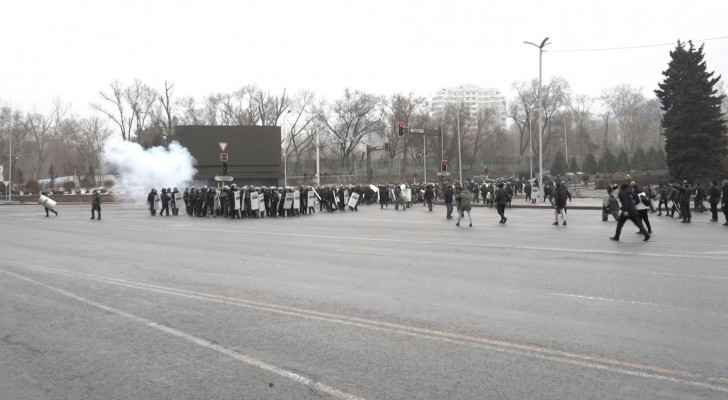 Kazakhstan on Wednesday was seeing a "nation-scale internet blackout" likely in response to unprecedented unrest in the Central Asian nation, a web monitoring group said.

"Kazakhstan is now in the midst of a nation-scale internet blackout after a day of mobile internet disruptions and partial restrictions," the NetBlocks monitor tweeted.

"The incident is likely to severely limit coverage of escalating anti-government protests."
AFP correspondents in Kazakhstan had earlier said that internet connection was intermittent, and that messenger apps Telegram, Signal and WhatsApp were all unavailable.

The correspondents were unreachable on their mobile phones on Wednesday evening.

Protests triggered by a New Year energy price increase have swept across the ex-Soviet country, in a rare challenge to the authoritarian government.

Kazakhstan's leadership tolerates little real opposition and has been accused of silencing independent voices and media.

Earlier Wednesday, protesters stormed the mayor's office in the country's largest city Almaty and appeared to have seized control of the building.

Kazakhstan Embassy in Amman speaks to Roya about June 5 ....

Kazakhstan Embassy in Amman speaks to Roya about ....

Kazakhstan Embassy in Amman speaks to ....