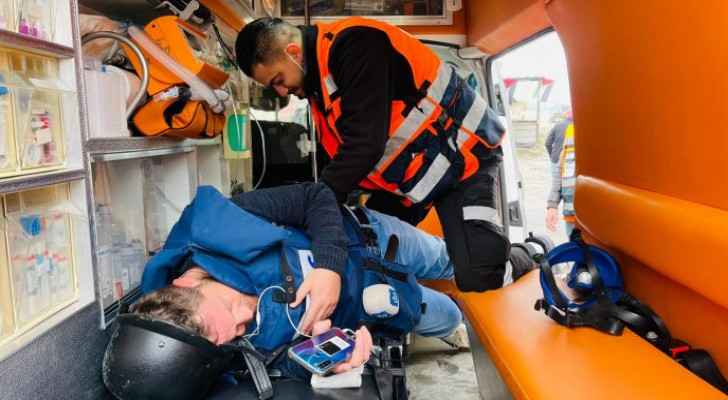 Roya's reporter and cameraman in Occupied Palestine, Hafez Abu Sabra, and Hamada Mansour were injured Thursday, while covering clashes that erupted between Palestinian youths and the Israeli Occupation Forces at the entrance to Burqa village, north of Nablus.

The IOF fired rubber bullets and tear gas at journalists who were present to cover the settlers’ march between Jenin and Nablus governorates, many journalists were left injured.

While on duty, Roya’s reporter, Abu Sabra, was wounded in the leg, while Roya’s cameraman Mansour suffocated due to inhalation of tear gas.

Palestine Red Crescent Society rushed to aid all of the injured journalists and their health condition was described as good.

IOF attack marathon in solidarity with ....