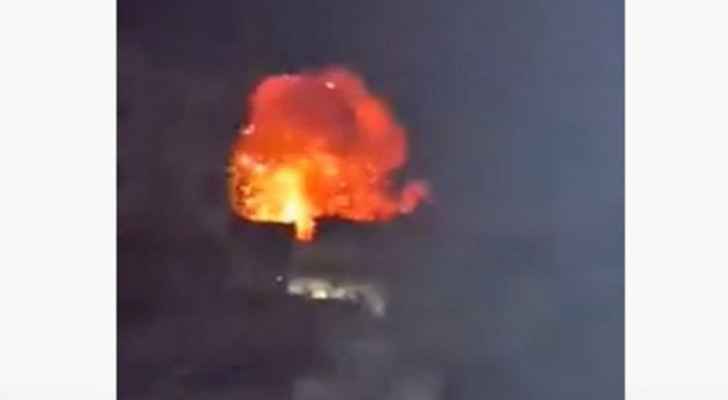 A huge explosion rocked the Lebanese city of Tyre Friday night, according to Roya's Lebanon correspondent.

The explosion occurred inside an ammunition and weapons depot inside the Burj al-Shamali camp.

Roya's correspondent indicated that a number of injuries were caused by the explosion.

She added, quoting a Lebanese security source, that a fire broke out in a "fuel tank" that spread to a mosque in the camp. Inside the basement of the mosque were weapons and ammunition belonging to Hamas.

She said concerned authorities are finding it difficult to control the fire due to the successive explosions.