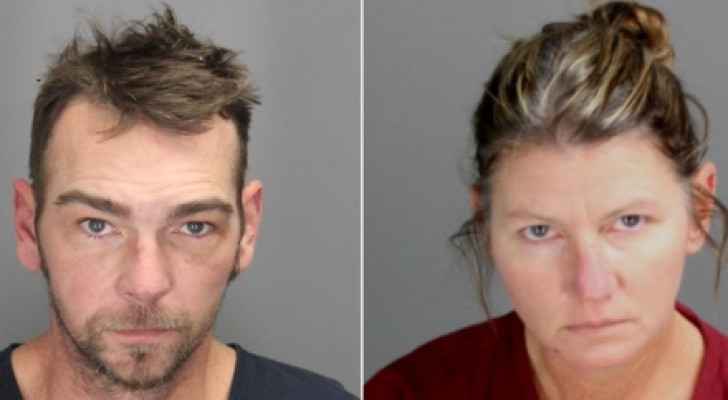 The parents of the boy who killed four high school students in Michigan were arrested Saturday after they were charged with manslaughter for letting their son use a gun he had been given a gift.

The police and the FBI have been searching since Friday for James and Jennifer Crumbley. Police recently located them in an industrial building in Detroit, about 60 kilometers from the scene of the shooting, close to their car, which was spotted shortly before they were found.

"I am shocked that they are here," said Detroit Police Chief James White.

James and Jennifer's lawyers confirmed Friday that Ethan Crumbley's parents were not on the run, contrary to what was said.

They said in a letter to AFP that their clients "left in the evening after this tragedy to keep them safe."

They added that the parents were "on the process of returning to the area to appear before a judge. They were not about to flee from the authorities despite what the media reported."

Police officials told CNN that they withdrew $4,000 before leaving and turned off their phones, suggesting that they were on the run.

They are each charged with four counts of manslaughter for letting their son use a firearm they bought him, District Attorney Karen McDonald said.

"These charges are a message so that people understand that from the moment they carry a gun, they are responsible for it," she added, denouncing an "inappropriate" law in Michigan that does not require that the weapon be kept in a locked place.

Ethan Crumbley, 15, killed four students in cold blood and wounded six others, as well as a teacher, on Tuesday on a school campus in rural Oxford, a small village in north Detroit.

Prosecutor McDonald's said Ethan "got into high school and pulled the trigger" but that "other people contributed to this incident and I intend to hold them accountable."

Ethan Crumbley has been charged with an act of terrorism and murder and faces life in prison if convicted. He maintains he is innocent but remains silent, and is held in solitary confinement in the county jail in Pontiac.

Shooting incidents in the United States claim many victims and are frequent in a country where the right to own firearms is guaranteed by the Constitution.

However, charging the shooters' relatives is very rare.

Tonga cut off by volcanic blast, fears grow for coastal ....