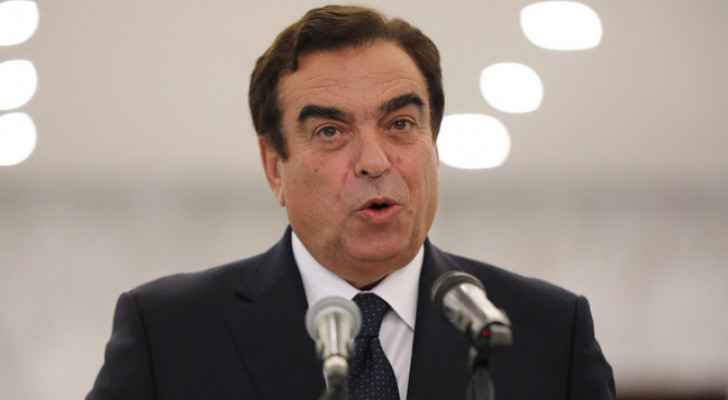 Friday, the Lebanese Minister of Information, George Kordahi, officially submitted his resignation during a press conference held at the Ministry of Information.

Kordahi said at the conference, "A ferocious campaign was launched against me in the media and on social media, depicting what I said as a crime against Saudi Arabia. This campaign quickly spread to the Gulf and its media, and these campaigns included a lot of insults to me and my family, which bothered me."

He added, "How can an entire people be blamed for what I said? I refused to resign to say that Lebanon does not deserve such treatment. Today we are facing new developments, as I understood that the French want my resignation before Macron's visit to Saudi Arabia in order to help open a dialogue with Saudi officials on Lebanon."

And he added, "I decided to give up my ministerial position because Lebanon is more important than me and I do not accept to be used as a reason to harm the Lebanese in the Gulf countries, because the interests of my country and my loved ones are above my personal interests."

Lebanese sources told Roya that Kordahi's resignation came after pressure from France before President Emmanuel Macron's visit to Saudi Arabia as part of a tour that begins today, Friday, to a number of Gulf countries, to obtain a "negotiating paper" to reach a solution to the Saudi-Lebanese crisis.

The Lebanese newspaper, Al Joumhouria, reported that "Kordahi, after consultations, decided to announce the resignation from the Ministry of Information and not from the Baabda Palace or the government palace” so his resignation would not be misconstrued as done for the benefit of anyone.

Kordahi hoped his resignation would serve as a stepping stone towards a better relationship between Lebanon and Saudi Arabia.