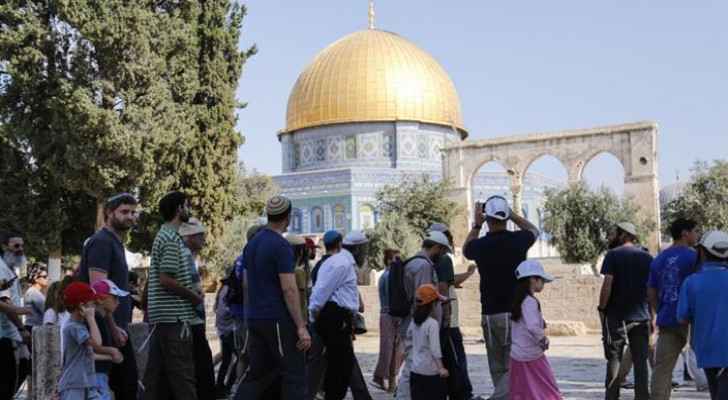 Eyewitnesses told Petra’s reporter in Ramallah that the radical settlers carried out today’s raids from al-Magharebah Gate in groups under heavy protection of Israeli special police, who imposed restrictions on the entry of Muslim worshippers to the mosque by seizing many of their IDs and setting up military checkpoints at Al-Aqsa’s gates.

The settlers toured the courtyards and provocatively performed Talmudic rituals in the eastern part of the compound, the eyewitnesses added.