British government made 'serious mistakes' in its action against coronavirus: report 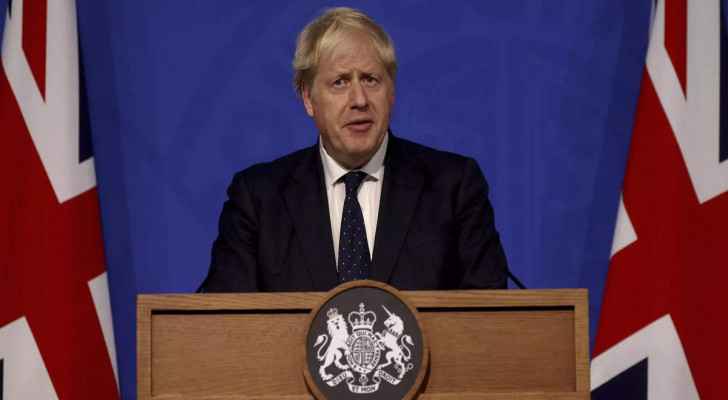 A parliamentary report issued on Tuesday confirmed that the British government made "serious mistakes" and delayed acting when the epidemic appeared, considering this "one of the biggest public health failures" in the United Kingdom.

"The lockdown and social distancing decisions imposed in the early weeks of the pandemic - and the advice that led to them being taken - are one of the biggest public health failures Britain has ever seen," MPs said in the report.

The United Kingdom is one of the European countries worst affected by the coronavirus, with nearly 138,000 deaths.

The study, prepared by two parliamentary committees after months of hearings, shows that the government of Conservative Boris Johnson, on the advice of scholars, has adopted a "gradual approach," rather than imposing a closure quickly.

She stated that until March 23, ministers sought "only to slow the spread of the epidemic," among citizens rather than stop its spread completely, in the hope of developing collective immunity.

Minister Steve Barclay explained on Sky News that the government "followed the scientific advice" and "made decisions to act quickly," referring to the vaccination campaign, which took place very quickly.

On the decision to impose the closure, he admitted, "At that time, we were afraid that if we imposed the closure early, (citizens) would not agree to stay in quarantine for a long time," which ultimately did not happen.

The minister refused to apologize, but stressed that "if there are lessons that can be learned, the government is ready for that."

The report notes that scientists advising the government “unanimously” on March 13 “that imposing measures aimed at limiting the spread of Covid-19 completely will cause a second peak” in the outbreak of the epidemic.

Parliamentarians considered it “surprising” that it took so long for the government to realize that it was necessary to impose a complete closure, despite the availability of compelling evidence of this, such as a model developed by Imperial College London that showed that the epidemic, if not contained, could lead to the death of half million people, stressing that the closure is an "inevitable" measure.

Referring to failures and delays, the report highlighted the success of the vaccination campaign that began in December 2020. So far, more than 78 percent of those over the age of 12 have received the full vaccine against Covid.

The health affairs official in the Labor opposition, Jonathan Ashworth, considered that the conclusions of this report are "irrefutable" and show that "serious mistakes" were made.

A public inquiry into the government's response to the pandemic is due to open in 2022.