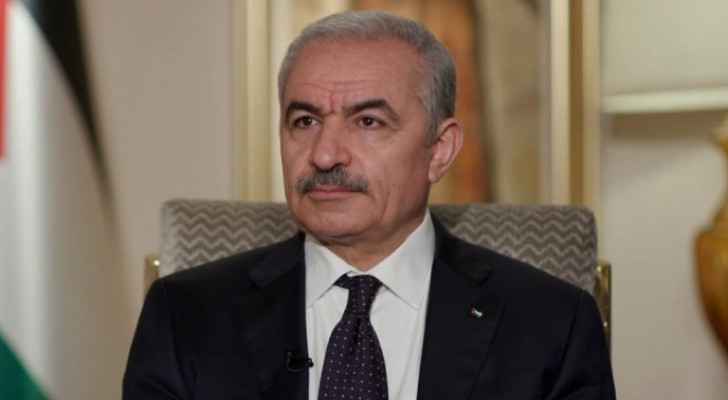 Melhem explained, “The occupation forces stopped the Prime Minister's convoy on the way to Jenin.”

He pointed out that the route of the convoy had to be changed in order to reach the city of Jenin.

According to a previous statement of the Council of Ministers, the Palestinian government is supposed to hold its weekly session in Jenin, to discuss its needs and problems.

Recently, the official spokesperson for the Palestinian presidency, Nabil Abu Rudeineh, said in response to recent statements made by the Prime Minister Naftali Bennett, that “the Israeli Occupation is the essence of terrorism.”

Bennett had said that a “Palestinian state cannot be established because it will be terrorist."

Abu Rudeineh said that such statements are “rejected and express the colonialist ideology that rejects peace and stability.”

In a statement on Sunday evening, the spokesperson for the Palestinian presidency, stated that the Palestinian state, with East Jerusalem as its capital, is a state recognized by the countries of the world.

Additionally, “it has been an observer member of the United Nations since Nov. 29, 2012 and does not wait for the approval or rejection of Bennett, because the Palestinian people will never waiver their rights no matter the pressures.”

He continued that “real peace will only be achieved with the end of the Israeli Occupation of [Palestinian] land and holy sites, and the Palestinian people will not give up their rights and holy places,” he added.

“They will always preserve their land and rights, which are not a favor from anyone.”

Abu Rudeineh concluded his statements by saying: “The road to peace and security will only be achieved through the road map set by President Mahmoud Abbas in his recent speech at the United Nations, in which he stressed the need to achieve a comprehensive and just peace by ending the occupation and establishing an independent Palestinian state.”

He stressed that “the Palestinian people will remain committed to their rights and their national principles, which will not be bargained over at any cost.”