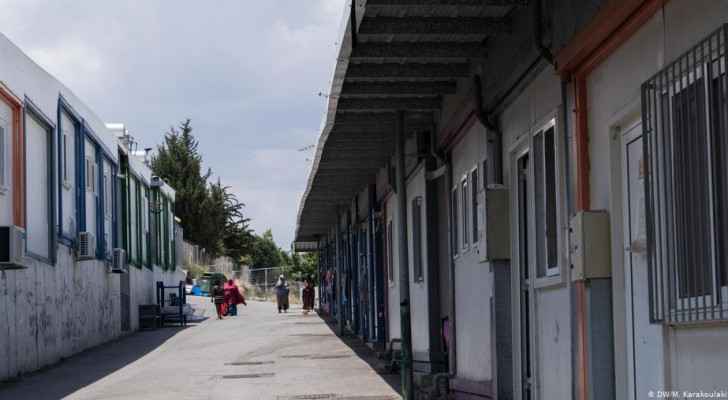 During the past months, hundreds of Lebanese have flown the 200 kilometers separating their country and the island of Cyprus to settle there, albeit temporarily, to escape the crisis in Lebanon, where electricity is cut off, fuel and medicine are scarce, and the hopes for the future are dim.

After an eagerly awaited flight, Nanour Abashian, 30, with her husband and two children, exited Larnaca Airport from Beirut, dragging seven bags, most of them large.

"My pain is very great because I left my country and my family, but I am forced to do so, because I want to raise my children with honor and dignity and ensure their future," she told AFP.

Lebanon has been witnessing a severe economic crisis for nearly two years, which the World Bank has ranked among the worst in the world since 1850. The Lebanese are unable to withdraw their money from banks due to restrictions resulting from the lack of liquidity, and the deterioration of the exchange rate of the Lebanese pound by more than ninety percent. Many have also lost their jobs.

At the same time, electricity is cut off most of the day and night, and there is no diesel in the market to run generators. The country is also witnessing crises of medicine, bread and other basic items.

Thousands of Lebanese left the country in the wake of the crisis. Many of them chose Cyprus, though Agence France-Presse was not able to obtain their exact number, because there is no official census yet, and some entered with non-Lebanese passports.

However, the Lebanese ambassador to Cyprus, Claude Al-Hajal, confirmed to AFP that since October 2019, with the outbreak of popular protests in Lebanon against the political class, "we noticed a significant increase in the number of family files opened at the embassy, and we recorded the largest increase after the August 4 explosion."

On Aug. 4, the Beirut Port exploded, resulting in the death of more than 200 and injuring thousands.

It is not the first time that the Lebanese have sought refuge in Cyprus extensively. During the civil war (1975-1990), a large number of them moved to the island, but many returned after the war ended.

Also, during the July 2006 war between the Israeli Occupation and Hezbollah, Cyprus served as base for Lebanon. In light of the closure of Beirut airport, which was subjected to Israeli Occupation bombardment, evacuation ships set out from Beirut and transported foreign nationals to the island to leave for their countries. It also transported Lebanese who lived in Cyprus for a temporary period, pending the end of military operations.

Agence France-Presse had met Nanour's family at their home north of Beirut, two days before they traveled to Cyprus.

"I decided to leave Lebanon because we no longer feel safe... We are in the unknown, we live in humiliation," the young mother said that day while packing her belongings.

- Save the school year -

The family moved temporarily into a friend's house in Larnaca, waiting to rent an apartment near the school where her two children were enrolled. Dozens of families have competed over the past few weeks to enroll their children in schools.

Another Lebanese, George Obeid, was forced to enroll his three children in two different schools in Larnaca, due to the lack of spots for them in one school.

The 40-year-old told AFP, "We don't see a horizon for the school year in Lebanon. Diesel is not available to run generators and teachers will not get a raise to be able to teach, and they will not be able to fill their cars with gasoline to go to schools...".

However, the family's suffering does not end here. George will not settle with his wife and their two children in Cyprus, due to his work between Lebanon and Africa, but will visit them on weekends.

In the capital, Nicosia, the French school in particular received dozens of applications for registration due its similarity to schools in Lebanon.

AFP tried to contact the school administration to inquire, but did not receive a response, because officials were busy preparing to receive a large number of new students.

Lebanese and Cypriot officials reported more than 250 requests to enroll Lebanese in the school.

If some families went to Cyprus in search of safety, education and stability, even if only temporarily, other Lebanese also found it a place to work and invest.

The official in charge of the Department of Trade and Industry at the Ministry of Commerce, Konstantinos Karaioribes, said that the Cypriot authorities "launched a fast track for the registration of foreign companies last October," and that "this mechanism has received great interest from Lebanese companies, as seven large and medium-sized companies have so far registered in ICT sector and transferred with it two hundred Lebanese employees.

He expected the number to rise by the end of this year due to the fact that the families of many employees will also move to the island.

The Lebanese ambassador pointed out that "Cyprus helps the Lebanese a lot," adding that, under the fast-track mechanism for company establishment transactions, "it takes 10 to 15 days instead of two or three months as was the case in the past."

On the other hand, the real estate sector in the quiet Mediterranean island witnessed an increase in the demand for the purchase of apartments by the Lebanese.

"Our company sold 400 apartments to Lebanese families between 2016 and 2021 (...) 100 of them during the last six months," said Lebanese businessman George Chahwan, who owns dozens of real estate projects in Cyprus.

He pointed out that the Lebanese choose the island, which is a member of the European Union, for investment and stability, because it offers them several incentives.

"Since 1975, Cyprus has been a safe haven for the Lebanese," Shahwan said, adding, "It is close and enjoys security and stability (...). They feel that they are in their second country."