When and where did the phenomenon of smoking cannabis begin?

When and where did the phenomenon of smoking cannabis begin? 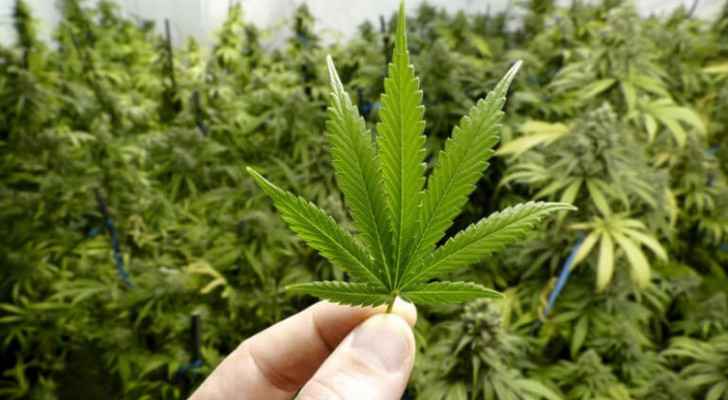 A recent study revealed that the use of cannabis may have originated in northwest China, rather than southern Asia as is commonly believed.

In the study published in Science Advances, the researchers found that it is likely that the plant "Cannabis sativa" began to be used for the first time during the Neolithic period (10,000-3,000 BCE).

The study stated that hemp was one of the first plants domesticated by humans, and has a long history of uses, as it entered industries such as textiles, food, seed oils, and medicine.

The study smashed the ancient historical theory of the origins of cannabis use, when researchers from Switzerland and China traced the first roots of smoking cannabis with solid scientific methodology.

The researchers assembled 110 complete genomes, covering a range of different wild-growing plants, domesticated varieties and modern hybrids of cannabis and the psychoactive forms of the plant, known as marijuana, with higher levels of THC.

Genomic analysis divided the samples into four main groups, including basal cannabinoids, which are found in China and the United States.

The analysis suggested that the ancestors of early domesticated cannabis and marijuana - two of the other major groups - diverged from basal hemp about 12,000 years ago, indicating that the species had already been cultivated by then.

The researchers emphasized that these findings coincide with the dating of ancient artifacts, including pottery from southern China, Taiwan and Japan, that date back to the same period.

"Our genome-wide analyses confirm the current archaeological and historical record, and provide a detailed picture of cannabis domestication and its consequences for the species' genetic makeup," the study said.

The study also indicates that modern Chinese cannabis strains - whose characteristics have been changed by human cultivation - are now closest to the ancestors of "wild cannabis", which in turn became extinct.

Archaeological evidence shows that after Cannabis Sativa was cultivated in the Neolithic period, it slowly spread across Europe and the Middle East during the Bronze Age.

The first record of Cannabis Sativa appeared in India about 3,000 years ago, when it was likely introduced from China along with other crops, the study said.

In the 13th century, cannabis then moved to Africa, then to Latin America in the 16th century, and reached North America at the beginning of the 20th century.

The study also sheds some light on the long-standing mystery of where and when the different types of cannabis that contain higher levels of psychoactive compounds were identified and used by humans.

Although they have been cultivated for centuries, scientists have revealed that the early varieties had low levels of THC and other compounds with psychoactive properties.

For many years, many historians have considered the origins of smoking Cannabis to go back to the steppes of ancient Central Asia, based on a passage from one text from the late first millennium BC written by the Greek historian Herodotus.

In 2019, excavations of a 2,500-year-old cemetery in western China revealed the oldest clear evidence of humans using the psychoactive properties of cannabis, such as smoking or inhaling it.

Wooden fragments and burnt stones from utensils in the tomb showed the chemical presence of cannabis, specifically with a large amount of THC - suggesting that the plant may have been used during the burial ceremonies.

However, it is unlikely that it was smoked in the same way as it is smoked today, with scientists stating it was likely to have been burned like incense in an enclosed space to release fumes that can be inhaled.