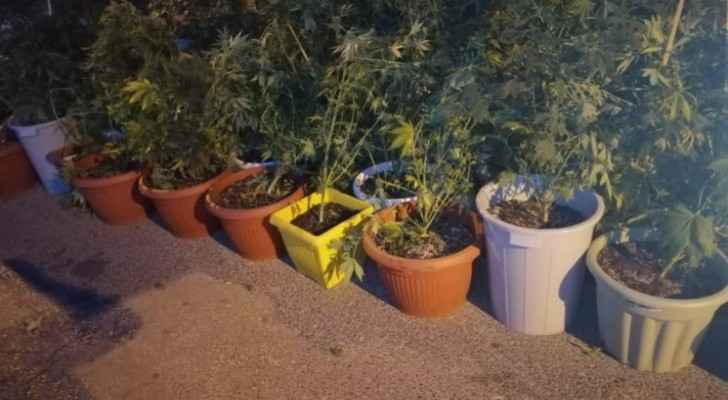 A few days ago, officials of the Anti-Narcotics Department (AND) had begun investigating information they received about a person wanted on drug charges and two other suspected drug traffickers in a house in Tabarbour area of Amman, spokesman for the Public Security Directorate (PSD) said.

The media spokesman added that by following up on the investigation and the gathering of information, the house was identified and the three drug traffickers were arrested.

After searching the house, 80 marijuana seedlings were seized planted inside containers in one of the rooms.

In addition, a number of narcotic pills and pieces of cannabis were seized and investigations began.

PSD: 9 people arrested for dancing on a public street in ....

Eight drug dealers in possession of large quantities of ....

Eight drug dealers in possession of ....