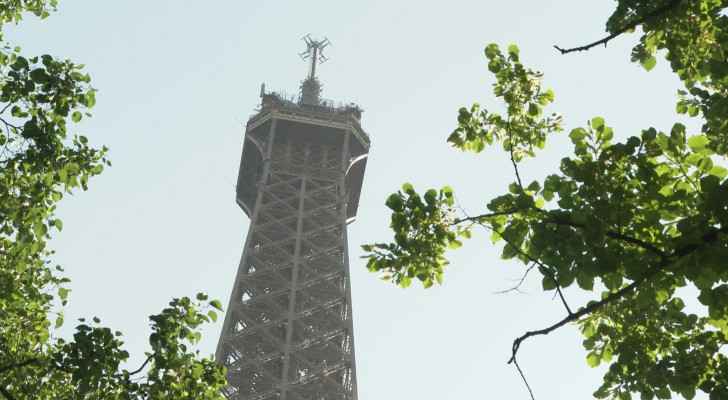 People wanting to go to cinemas, museums or sports matches in France have to prove they have had a COVID-19 vaccination or a recent negative test from Wednesday as the country rolls out its controversial vaccine passport system in the face of surging new cases.

The so-called "health pass" will be required for all events or places with more than 50 people, before being extended to restaurants, cafes and large shopping centers in August.

The government, which is set to formalise the system with legislation being debated in parliament, is hoping to curb a fourth wave of infections and encourage people to get vaccinated.

Health Minister Olivier Veran warned Tuesday that the more infectious Delta variant was causing an unprecedented increase in new infections, which were up 150 percent over a week at 18,000 in the previous 24 hours.

President Emmanuel Macron met with top ministers Wednesday to discuss the health crisis, and Prime Minister Jean Castex was due to speak on television afterwards.

With most new cases among unvaccinated young people, the health pass is designed to encourage them to protect themselves with a jab and avoid a new nationwide lockdown that would affect the whole population.

But it has faced criticism, even from lawmakers in Macron's Republic on the Move (LREM) party, for allegedly restricting the civil liberties of the unvaccinated and for requiring venues to check the identities of their patrons.
Locations that fail to check the credentials of their customers will face fines of up to 1,500 euros ($1,700) for a first-time offence, and more for subsequent violations.

At the Eiffel Tower in Paris, tests were being offered to visitors who did not have vaccination proof.

"Protecting public health has been our priority since March 2020, but it has not threatened the cohesion of our country because the rules were the same for everyone," LREM lawmaker Pacome Rupin said on Tuesday.

"The health pass is going to fracture our country. It's a major change for our society," he said.

Jordan Bardella, vice president of the far-right National Rally, criticised the system as a "model of surveillance by everyone of everyone."

Other fringe critics, particularly on the far right, have accused Macron of turning France into a "health dictatorship," and 114,000 rallied against the measures around the country in protests on Saturday.

The changes introduced on Wednesday were implemented by decree, but lawmakers are set to vote on legislation that will extend the system next month to restaurants, as well as trains or planes for long-distance travel.

From September, vaccinations will also be mandatory for healthcare and retirement home workers, many of whom have been wary or dismissive of the shots.

The debate started on Wednesday, with a vote expected at the end of the week at the earliest.

"We are vigilant. We need to find a balance between restricting freedom of movement and making sure we protect the health of our citizens," senior LREM lawmaker Yael Braun-Pivet told the France 2 channel on Wednesday.

With admissions to intensive care low but trending upwards, the head of the AP-HP public hospital network in the Paris region, Martin Hirsch, warned Wednesday that "the wave faced by hospitals could be the same size as previous ones."

Other measures to contain the surge in new cases include the reintroduction of rules requiring masks to be worn outdoors in hotspots such as the western coastal area around Bordeaux, a popular holiday destination.

Around 56 percent of the French population has received at least one dose of a Covid-19 vaccine, with 46 percent having had both, according to data by the covidtracker.fr website.

The announcement of the "health pass" system has spurred millions to book appointments for a jab.

More than three million reserved one in the three days after the system was announced by Macron last Monday.

Was Russia really behind the simulated video of the Eiffel ....

Was Russia really behind the simulated ....