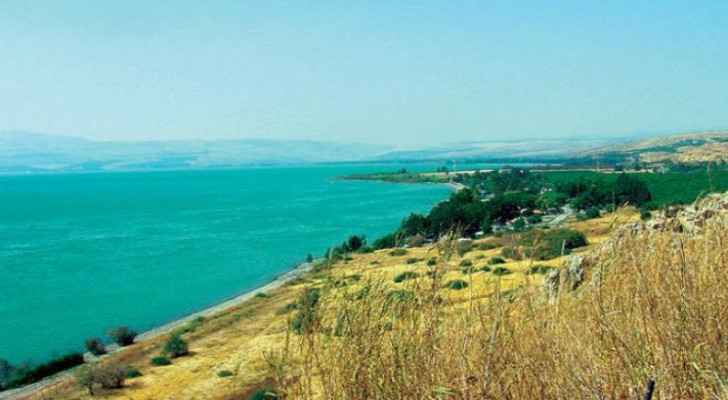 Jordan and the Israeli Occupation have reached an agreement to purchase 50 million cubic meters of water, according to a statement published by the Foreign Ministry.

The statement stated that "an agreement was agreed upon under which Israel would supply Jordan with 50 million cubic meters of purchased water, and raise the ceiling of Jordan's exports to the Palestinian market within the Paris Protocol from 160 to 700 million dollars annually, 470 million of which are products that conform to Palestinian specifications."

Foreign Minister Ayman Safadi stressed that there is no alternative to the two-state solution that ends the occupation as a way to achieve comprehensive peace.

The two ministers agreed that the technical teams would meet in the coming days to finalize the technical details of the water agreement.

During the meeting, the two ministers discussed developments related to the peace process, where Safadi stressed the need to enable all efforts to find a real political horizon to achieve a just and comprehensive peace that ends the occupation and fulfills all the legitimate rights of the brotherly Palestinian people, especially their right to an independent state and works according to the lines of June 4, 1967.

Safadi stressed the need to stop all illegal Israeli Occupation measures that undermine the two-state solution and the chances of achieving a comprehensive and just peace, which is a regional and international necessity.

Al-Safadi also stressed the need to respect the historical and legal situation in the blessed Al-Aqsa Mosque - the Holy Haram, and to respect the right of Sheikh Jarrah's people to their homes, and stressed that their deportation from their homes would be a war crime in accordance with international law.

Safadi stressed the need to maintain the comprehensive calm in the occupied Palestinian territories and the reconstruction in the Gaza Strip.

During the meeting, the two ministers also discussed a number of outstanding issues in the transport and energy sectors.

Jordan offers condolences to Egypt over ....

Jordan condemns attack on military base in ....

Jordan condemns attack on military base ....