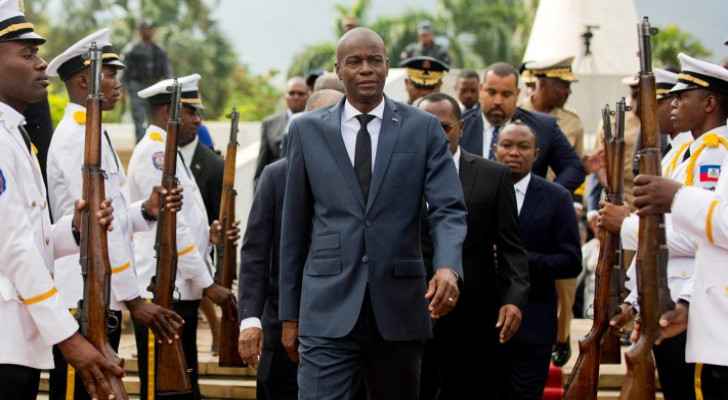 The assassination of Haitian President Jovenel Moïse Wednesday shocked the country and the international community and threatens to further destabilize the already fragile country, according to analysts.

The police announced the killing of four "mercenaries" and the arrest of two others after this event.

The UN Security Council, which is holding an emergency session on Thursday, called for the perpetrators of the assassination "to be swiftly brought to justice."

No information has yet been leaked about the identity and motives of the perpetrators of the assassination, which took place in the president's home at the hands of an armed group around 1:00 AM local time Tuesday night.

The judge in charge of the case said that his body was hit by 12 bullets, and his office and room were looted, as quoted by the media.

His wife was injured and taken to Florida for treatment.

According to acting Prime Minister Claude Joseph, the attackers were "English and Spanish-speaking foreigners."

Police announced on Wednesday evening that four of the "mercenaries" who assassinated the country's president were killed, while two others were arrested.

"Four mercenaries were killed and two were arrested. Three policemen who were being held hostage have been freed," National Police Director-General Leon Charles said in a televised statement.

He added that the police hunted down the president's killers as soon as they carried out the assassination.

No other information is known about the perpetrators of the assassination.