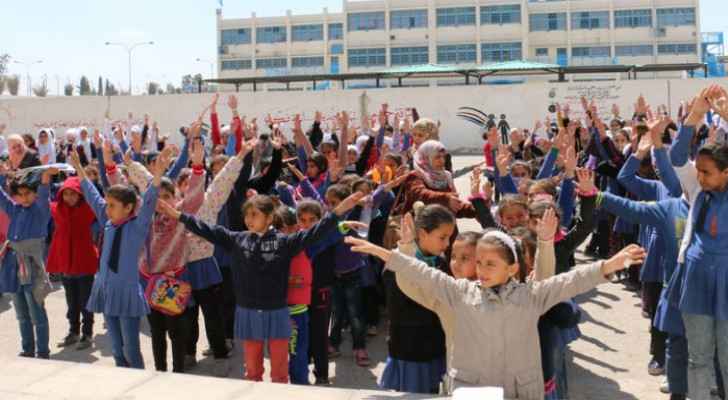 The head of Tafilah Council, Muhammad al-Khasbah, confirmed Wednesday that they have allocated part of the current year’s budget to establish five new secondary and primary schools, distributed in Kasbah Al-Tafilah, Al-Hassa and Basira districts, at a cost exceeding JD five million, to reduce the number of rented schools, which amounted to about 20 percent of operating schools in the area.

Khasbah said in a press statement Wednesday, that the engineering designs and studies necessary for the establishment of these schools are in their final stages, in preparation for tendering the establishment of these schools, during the current year, to solve the problems of student overcrowding in some schools, and to provide a safe school environment and school buildings with technical specifications, including adequate air conditioning and refrigeration systems.

He added that the education sector had, over the past years, allocated 46 percent of the volume of financial budgets to implement various educational projects, and to achieve the council's endeavors to eliminate having rented schools.

Khasbah indicated that nine primary and secondary schools have been established over the past two years, at a cost of more than JD 16 million, most of which are in the receiving stage, indicating at the same time, that the implemented school projects witnessed the employment of about 540 young men and women, engineers and workers, over two years, which also contributed to reducing unemployment in Tafilah.

COVID-19 infections among students are at 'normal rate': ....

COVID-19 infections among students are ....