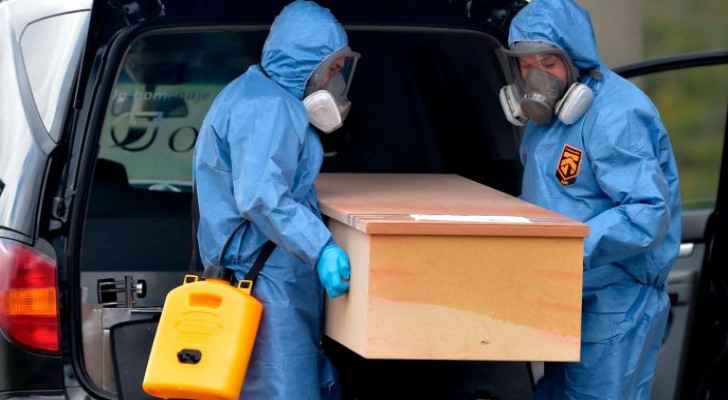 More than 600,000 people have died from the coronavirus in the US since the outbreak of the coronavirus pandemic, according to figures from Johns Hopkins University Tuesday, warning that hundreds of Americans are still dying from the virus despite the vaccination campaign.

The toll, which US President Joe Biden described as a "real tragedy," comes at a time when the US continues to lift restrictions imposed to contain the pandemic.

In the most populous state of California, nearly all restrictions have been lifted. In New York, Governor Andrew Cuomo announced that the percentage of adults who had received at least one dose of a vaccine against the virus exceeded 70 percent, allowing the last restrictions imposed in its scope to be lifted.

According to official data, the US is still the most affected country by the coronavirus crisis.

Notably on Monday, Biden said, "We still lose a lot of lives," describing it as a "real tragedy."

From Brussels, where he participated in a NATO summit, he offered his condolences "to all those who lost a relative."

He continued, "We still have a lot of work to do to beat this virus. The time is not right for indolence," calling on Americans to receive vaccines "as soon as possible."

The US authorities have been leading a massive vaccination campaign since the first vaccines were green-lighted in December, peaking in April with more than four million doses given per day. But since then, the campaign has slowed down considerably.

More than 52 percent of the US population, or 174 million people, received at least one dose of one of the three vaccines licensed in the country, according to health authorities.

Biden set the campaign goal of reaching 70 percent of adults who have received at least one dose of the vaccine by July 4, which falls on Independence Day.

His Majesty, Crown Prince arrive at Capitol building to ....

His Majesty, Crown Prince arrive at ....