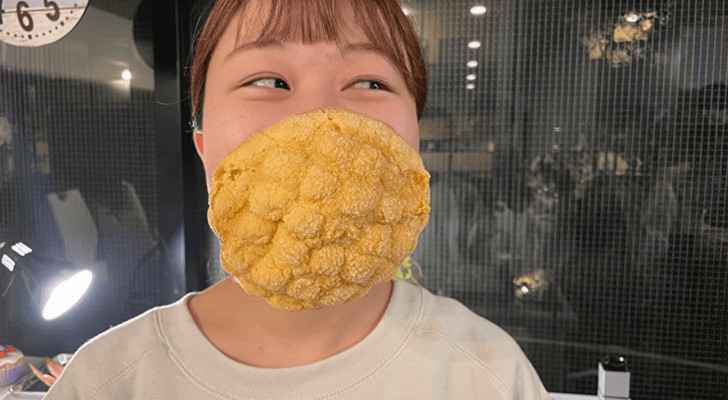 Japan has always been at the forefront of innovation, especially in digital technology, robotics and transport systems. Pandemic-related inventions have not been an exception, as the south Asian country announced the world's first edible face mask this week.

The 'Mask-Pan' is the latest invention to hit Japanese markets, and it is a face mask made of freshly baked bread.

A think tank called Osaka invented the Mask Pan at the request of local university students who said they wanted to smell the sweet bakery aroma of baked goods while protecting themselves from airborn viruses and pollution which is seemingly fitting given the pandemic.

Melon bread is a increasingly popular sweet Japanese bread wrapped with cookie dough which mimics the texture of a melon.

Another think tank 'Goku no Kimochi The Labo' collaborated with a famed melon pan bakery to produce the bread goods for the scented masks that are set to enter markets later this week.

According to the Mask Pan website, the face covers were tested by a third party organization which announced that the edible masks were equal, or even better than the rest of the masks available in the market which prevent the spread of airborne droplets.

On their website, Mask Pan described itself as the "happiest mask" worldwide that fulfills the dreams of carb-lovers.