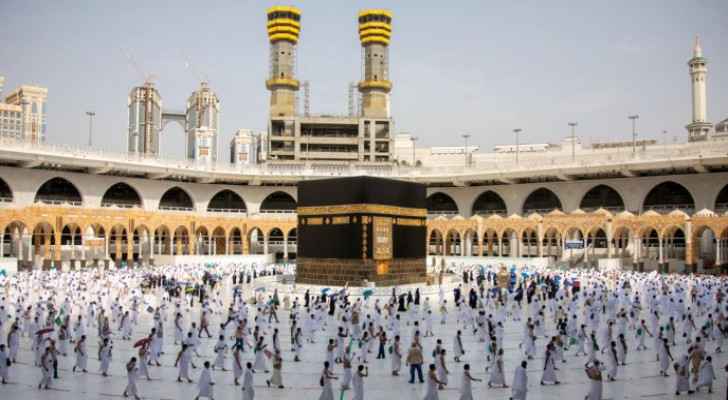 Saturday, the Secretary of the Jordan Society of Tourism and Travel Agents Kamal Abu Diab spoke to Roya about Saudi Arabia’s decision to limit this year's Hajj pilgrimage to residents and nationals living in the Kingdom.

Abu Diab said that this decision was expected, however, those working in the tourism sector were hoping that Jordanians and neighboring countries would be able to perform Hajj, which Muslims were deprived of for the second year in a row due to the coronavirus pandemic.

He indicated that the decision has had a significant impact on the Hajj and Umrah sector in Jordan for almost two years, noting that around 208 companies have been affected following the decision, as the number of workers in this ‘devastated’ sector is about 2,500 employees.

Abu Diab called on the government to intervene and pay attention to this ‘neglected’ sector.

Earlier Saturday, the Ministry of Hajj and Umrah announced that Saudi Arabia will limit this year's Hajj pilgrimage to 60,000 residents and nationals living in the Kingdom. This came due to the current COVID-19 situation in the Kingdom.

The ministry wrote in a post on Twitter, “In light of what the whole world is witnessing from the continuing developments of the coronavirus pandemic and the emergence of new mutations, Hajj registration will be limited to residents and citizens from inside the Kingdom only.”