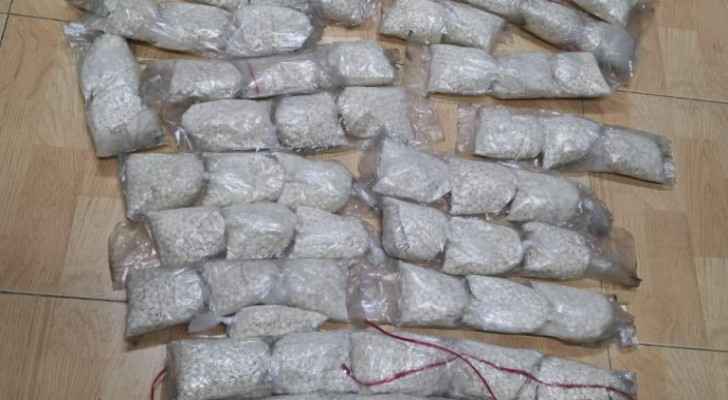 Saturday, the Anti-Narcotics Department (AND) thwarted an attempt to smuggle 150,000 narcotic pills hidden inside cargo vehicles, which were prepared for smuggling outside of the Kingdom, and arrested the suspects involved in the operation.

The media spokesperson for the Public Security Directorate (PSD) said the AND received information that three people are storing a "large" amount of narcotic pills inside cargo vehicles in preparation for smuggling them outside the Kingdom.

By following up on the investigation, the AND were able to identify the suspects involved in the operation and the location of their vehicle in one of Amman’s eastern regions, the spokesperson added.

The AND found 150,000 narcotics pills and arrested the suspects.