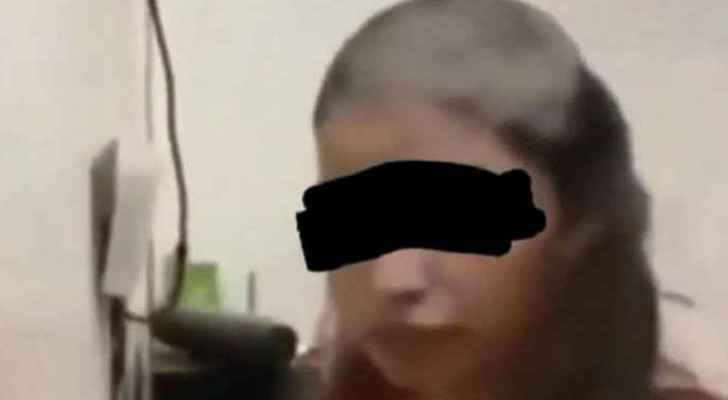 It has been discovered that the Jordanian woman, 25, who was kidnapped, raped and had her hair shaved off in Libya, who was later identified at A.K., knows her kidnappers, which includes a man who promised to marry her in 2018.

Roya contacted the head of the Victims Organization for Human Rights in Libya Nasser al-Hawari who said that the A.K.'s mother is Libyan, was born in Libya and lived in Al-Bayda with her mother.

Hawari told Roya that he received the video from A.K.'s friend who demanded immediate intervention to save the girl's life. After which he led an advocacy campaign through his personal Facebook page as well as the organization's page.

He explained that they took action as soon as the campaign was launched and described what was seen in the video as a 'grave crime.'

Hawari added that the girl contacted him Sunday, sent him a copy of her Jordanian passport and shared the details of the incident.

Hawari explained that one of her kidnappers had promised to marry her back in 2018, which never happened. A.K. got married in 2019 and divorced a while after.

Hawari pointed out that she was in Benghazi for medical purposes and was supposed to go into surgery, after she got several tests done in a number of different hospitals.

He added that she was kidnapped as she was leaving a medical clinic two weeks ago, by the man who promised her to marry her along with three others. Two days later, the video of her started circulating across social media platforms.

As soon as she was released, she went to her friend's house for safety, he added.

Hawari advised A.K. to file an official complaint with the Libyan security services but she has not responded to his request out of fear for her life.

He noted that the Jordanian authorities have been in contact with the Libyan security authorities who confirmed that no official complaint has been filed.

Assault of Jordanian rape, torture victim in Libya is ....

The latest developments in case of Jordanian rape, torture ....

The latest developments in case of Jordanian ....

The latest developments in case of Jordanian ....

The latest developments in case of ....