The latest developments in case of Jordanian rape, torture victim in Libya

The latest developments in case of Jordanian rape, torture victim in Libya 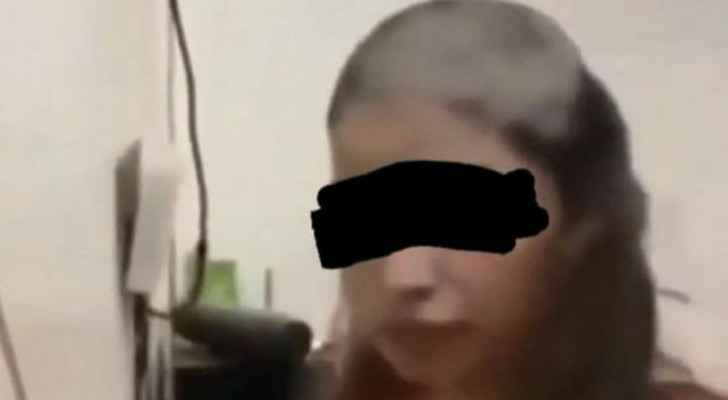 Thursday, security forces in Benghazi, Libya announced the arrest of one of the accused persons in the case of the Jordanian girl who was kidnapped, raped and had her hair shaved off in the north-African country.

It was then found that the individual was not involved in the assault.

In recent days, a video circulating online showed a Jordanian girl in Libya having her hair shaved off.

The human rights activist group Libya Feminists said the girl, identified as A.K., was kidnapped by Haftar's militia after she was visiting her uncle in Benghazi.

The Haftar militia are the forces of the field marshal Khalifa Belqasim Haftar, a Libyan-American and the commander of the Tobruk-based Libyan National Army.

They said she was taken into a house, where they took turns raping and torturing her for two days.

After that, her hair was shaved in a live broadcast on Facebook.

Local media stated the video showed the girl being held in a restroom, and four people took turns raping and torturing her.

"Haftar's forces continue to target women in the complete absence of accountability. It is worth noting that Haftar's forces run a network of sexual slavery," said Libya Feminists.

They stated that other women were targeted by these forces, indicating that countless women and girls were kidnapped, sexually assaulted, blackmailed, photographed and threatened with death if they decided to achieve justice for themselves while punishing the perpetrators.

They noted A.K. is still in Benghazi, emphasizing the importance of providing her with physical and psychological health care after the brutal attacks that she was subjected to.

In turn, the head of Victims Organization for Human Rights in Libya, Nasser Al-Hawari, confirmed A.K.'s kidnapping, noting it was conducted by Ali Al-Ferjani, one of the military wings in Benghazi, along with three other people.

In a video, Hawari explained that the three defendants threw the girl out into the streets, stressing that she is now safe and far from them.

He pointed out that Ferjani and his group began threatening other girls that they would meet the same fate as A.K. if they did not follow his consent.

The Jordanian Ministry of Foreign Affairs and Expatriate Affairs confirmed that it was following up on the information it received about A.K. Wednesday.

The ministry's spokesman, Dhaifallah Al-Fayez, said that the ministry is in constant contact with the Libyan authorities through the Libyan embassy in Amman.

Fayez explained that the ministry is in constant contact to find out developments within the case, and to provide the necessary support to her, while keeping her relatives in the loop.

He stressed that the ministry's top priority now is for her to be safe, emphasizing that the necessary legal measures will be taken against the aggressors.

Fayez said that the Jordanian woman appeared in a video where she was shaving her hair completely after being kidnapped. He described the video as "very disgraceful and very offensive."

In turn, Jordanian Public Prosecution launched an investigation into the incident, after the spread of video clips on social media, where the Public Prosecutor in Amman, Hassan Al-Abdallat, authenticated the clips, therefore verifying her identity.

Abdallat said the Public Prosecutor in charge of international cooperation affairs opened an investigation into the incident, and a request for judicial assistance was urgently drawn up, through diplomatic means, to the judicial authorities in Libya to provide the protection and urgent care measures necessary for A.K., as well as providing the Public Prosecution with results of the investigations by the competent authorities there, so that the legal requirements can be carried out according to the rules.

Assault of Jordanian rape, torture victim in Libya is ....

Roya reveals details about case of ....