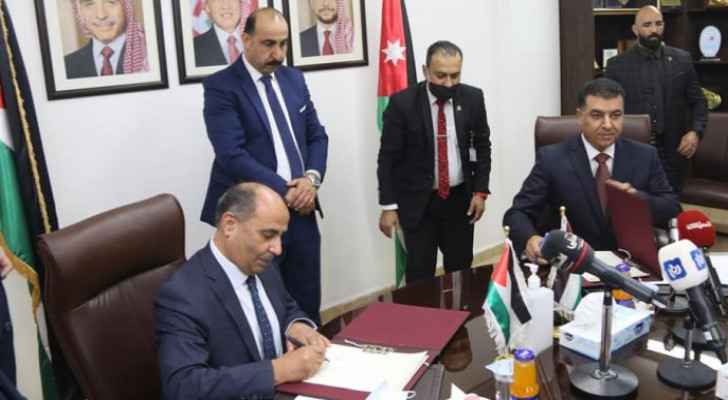 During the press conference, Hunaifat emphasized the depth of Jordanian-Palestinian relations, with such agreements and partnerships supporting the steadfastness of the people in Palestine.

These ventures also translate the Kingdom's royal vision in advancing the means of communication and partnership with Palestine, said Hunaifat, indicating that all legal procedures have been prepared and the company was registered according to the official frameworks of the two countries.

A total of 18 million in capital has been deposited equally between the two countries for the country, noted Hunaifat.

All logistics have been determined too, he said, including organizing the local market and addressing distortions through appropriate competitive mechanisms such as packaging, studying market needs and working on contracts to benefit small farmers.

Hunaifat pointed out that the purpose of the company is not to make a profit for the treasury, but to create an agricultural marketing incubator that will constitute success on the ground so that it can be transferred to the private sector and become a nucleus for the establishment of a number of similar companies to absorb agricultural production that would require number of marketing companies.

Attari affirmed the permanent cooperation with Jordan, with this consensus representing the vision for the two countries.