A good tune: how music affects your brain 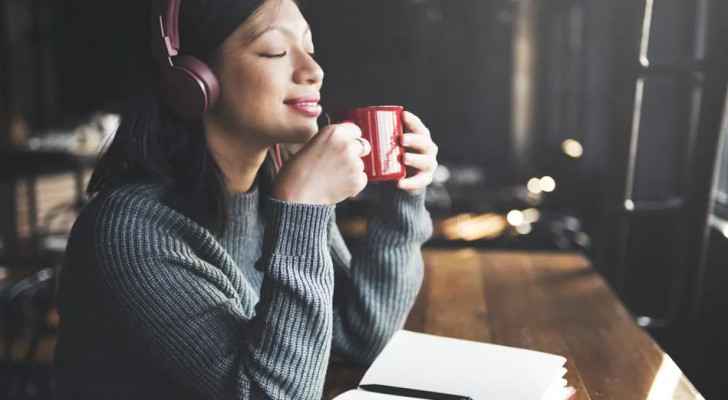 Put on your earphones, play your favorite playlist, and before you know it, you are humming the tunes and swaying your head from side to side. Maybe your whole body starts moving to the beat and you begin to sing and dance as if you are performing a live performance directly from your bedroom.

While it’s highly apparent that music impacts our bodies physically, it’s also becoming increasingly clear that music has the power to improve cognitive abilities, overall wellness and mood. Recently music has even started to serve as an alternative to therapy in the field of healthcare.

It is often said by scientists that the key to toning your body is working out. But, if you want to exercise your brain, practice and listen to music.

Training to learn how to play a musical instrument can refine your memory skills. It can be one of the hardest things the body and mind can undergo simultaneously. When practicing an instrument, the central (the brain and spinal cord) and peripheral (nerves in finger and hands) nervous systems have to work together in order to perform the task at hand in a process known as cross system stimulation. For example, when playing the guitar, you use your fingers to pluck on the strings and your brain to read the sheet music. This means that many of your coordinate systems work together at the same time, increasing communication across these systems and expanding your working memory capacity. Not only will multitasking become much easier and smoother, but your brain will become more efficient at retaining information for longer - and as a result expanding the working memory capacity.

In terms of brain development, scientists have found that playing a musical instrument increases the volume of grey matter in the brain, similar to how exercising leads to higher muscle mass overtime. Grey matter is a group of neuronal cell bodies that aid in processing information. A study conducted by Northwestern University on musicians and grey matter concluded that musicians experience refinement in auditory processing, learning and memory. These benefits often transfer to speech, language and emotion in relation to absorbing and remembering new languages, vocabulary and understanding emotion.

Music lightens up the brain and mood

Listening to music can literally light up your whole brain much like fireworks in the night sky. Dr Frederick Schaerf, a neuropsychiatrist and founder of a Neuropsychiatrist Research Centre in Florida, postulates that music is the only stimulus that can light up the entire brain in a PET scan.

“Music does awaken the brain,” states Schaerf, explaining that this is caused by brain activity and the release of dopamine, a neurotransmitter that plays a role in pleasure, reward, motivation, memory and even emotional responses.

Music can help in boosting emotions and soothing both physical and emotional pain. It can also decrease the secretion of the stress-releasing hormone, improving sleep, reducing anxiety, and increasing confidence. Depending on the type of music listened to, positive lyrics and fun beats can help in forming a more positive and optimistic state of mind.

Research shows that music with a robust beat can trigger brainwaves to resonate in sync with the beat, stimulating phenomenal bodily responses. Our heartbeat and breathing, overseen by autonomic nervous systems, can alter and coordinate to the musical beats. This means, slower heart rate and breathing creating a more relaxing and meditative state of mind.

The brainwaves morphing into the beat can also make the brain more attentive and critical in regards to thinking, crafting sharper concentration. Music, the super-power pill in disguise, can even enable the brain to shift speeds effortlessly on its own, producing a long-lasting effect.

With all the extraordinary benefits of music to the human body, it comes as no surprise the scientists and doctors are studying and applying this knowledge of music to use it as therapy to the mind and body. This new emerging field in healthcare has shown significant increase in popularity to address physical, emotional and cognitive needs of an individual. In the midst of this therapy, an individual can listen to melodies, learn how to play an instrument, write songs and meditate to music.

An abundance of studies is flaunting the benefits of music on overall health. A meta-analysis of 400 studies executed by Dr Levitin, a psychologist at McGill university, uncovered that music can boost immune responses and reduce stress. Music can even be just as effective as drugs in reducing anxiety before surgery as it can decrease the levels of cortisol, the stress hormone, in our bodies.

"People who received the music had lower anxiety levels than people who had the drugs and without side effects," Levitin said.

Further information gathered proved that music increased the production of immunoglobulin A (first line of defence against infections) and natural killer cells (cells that control several types of tumors and microbial infections by restricting their spread and ensuing tissue damage), subsequently lifting immunity.

Music therapy has also confirmed that music can help patients suffering from dementia to achieve better emotional and cognitive skills. Even if it were just temporary, patients use songs to bring back old memories, exploiting it as a source of sweet escape.

Improve your own health with music

Whether you play an instrument or listen to music daily, in a disciplined way, you can use music to your advantage. By creating an uplifting playlist or listening to relaxing beats, music can be incorporated to eliminate stress and motivate you to do a dreary task. Music can be introduced into the daily routine, even if only for a couple of minutes, to elevate your mood, state of mind and bodily functions.