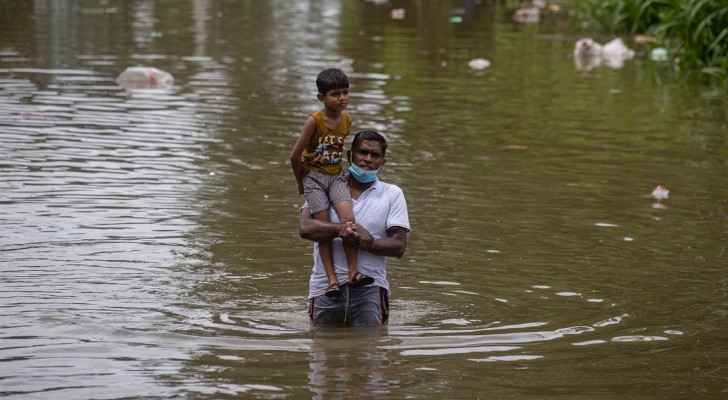 The death toll from floods and mudslides that occurred due to heavy rains in Sri Lanka rose to 14, officials announced Sunday. Two other individuals remain missing.

According to the government’s Disaster Management Center, ten individuals died in floods and four in mudslides. Among them was a family of four who died when a mound of earth crashed into their house in Kegalle district.

Since Thursday night, rains have been pouring in six districts of the Indian Ocean island nation, which led to roads being inundated and blocking traffic.

The center said the extreme weather has affected around 245,000 people, and more than 4,300 remain displaced in emergency shelters.

Additionally, over 800 houses have been damaged.

At least three killed, two missing from floods and ....