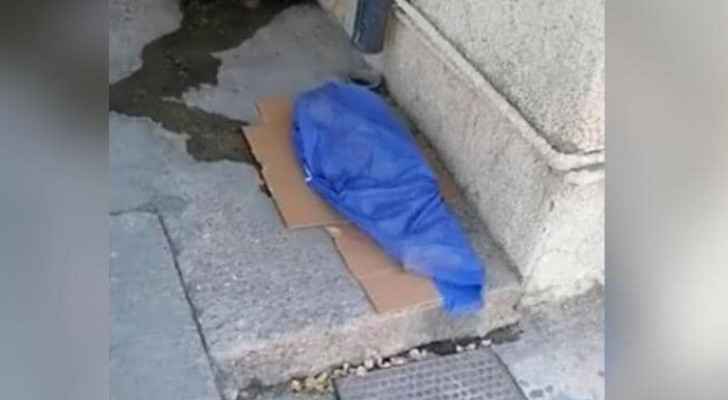 A shocking video has spread online showing the body of a child on the ground, in a hospital in the Iraqi city of Basra.

The incident reflects the deterioration of the health sector in Iraq, its lack of the most basic necessities and the state of lawlessness in which it is facing, according to observers.

Sources stated the reason for the child’s body being on the ground was that the mortuary was shut and there was no supervisor present.

In turn, the incident forced the Basra Health Department to issue a statement announcing the start of an investigation into the matter.

In the statement, they said the deceased newborn was located in Al-Mawani Teaching Hospital.

The unfortunate scene sparked outrage in the country, with Iraqis on social media pouring out their anger towards the collapse of the medical sector in Iraq, to the extent that even the "sanctity of death" is no longer respected in hospitals.

Some mocked the scene, saying, "It is good that they put a piece of cardboard under the body lying on the ground."

Iraq suffers from a dilapidated health and medical system, as health facilities and hospitals lack the most basic standards.

Two drones shot down over US air base ....