US to give 80 million COVID-19 vaccine doses to several countries, including Jordan

US to give 80 million COVID-19 vaccine doses to several countries, including Jordan 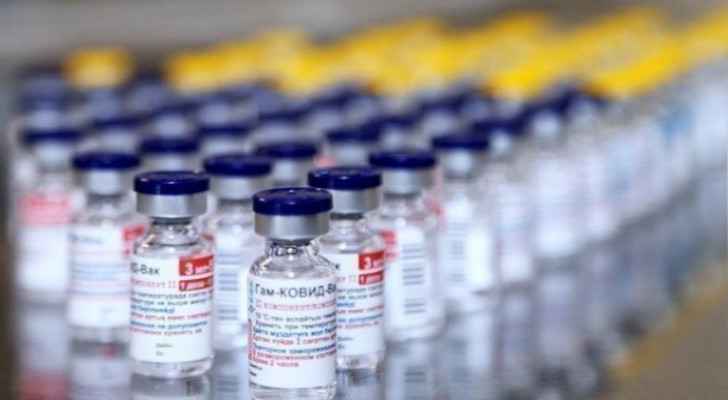 Thursday, the US administration announced its framework to distribute at least 80 million US vaccine doses globally by the end of June.

The US administration said in a statement "As we continue to fight the COVID-19 pandemic at home and work to end the pandemic worldwide, President Biden has promised that the United States will be an arsenal of vaccines for the world. To do that, the Administration will pursue several additional measures beyond our robust funding for COVAX: Donating from the US vaccine supply to the world and encouraging other nations to do the same, working with U.S. manufacturers to increase vaccine production for the rest of the world, and helping more countries expand their own capacity to produce vaccines including through support for global supply chains. This vaccine strategy is a vital component of our overall global strategy to lead the world in the fight to defeat COVID-19, including emergency public health assistance and aid to stop the spread and building global public health capacity and readiness to beat not just this pandemic, but the next one.

Today, the Administration announced its framework for sharing at least 80 million US vaccine doses globally by the end of June and the plan for the first 25 million doses.

The administration announced that the US will:

-Share 75 percent of these vaccines through COVAX. The United States will share at least three-quarters of its donated doses through COVAX, supplying U.S. doses to countries in need. This will maximize the number of vaccines available equitably for the greatest number of countries and for those most at-risk within countries. For doses shared through COVAX, the United States will prioritize Latin America and the Caribbean, South and Southeast Asia, and Africa, in coordination with the African Union.

-Share 25 percent for immediate needs and to help with surges around the world. The United States has received requests for vaccines from countries all over the world. The U.S. will share up to one-quarter of its donated doses directly with countries in need, those experiencing surges, immediate neighbors, and other countries that have requested immediate US assistance. Specifically, we will:

-Set the stage for increased global coverage. The allocation of this first tranche of donated doses reflects the desire of the United States to respond to all regions and lay the ground for increased supply and access throughout the world.

-Prepare for surges and prioritize healthcare workers and other vulnerable populations based on public health data and acknowledged best practice. We will share with countries in urgent need, with a priority on vaccinating frontline workers. The United States will not use its vaccines to secure favors from other countries. The U.S. will work with partners who are both ready and in need. And, our donations will prioritize countries with vaccine readiness plans that prioritize individuals at highest risk of severe disease and those working to help care for them, like health care workers.

-Help countries in need and our neighbors. The United States will share vaccines in our region and across our borders. We first made doses available to our closest neighbors – Canada and Mexico. Our dose sharing approach prioritizes Latin American and the Caribbean on a per capita basis.

Additionally, the US announced the proposed allocation plan for the first 25 million doses. Based on the framework above and pending legal and regulatory approvals, the United States plans to send its first tranche of 25 million doses:
Nearly 19 million will be shared through COVAX, with the following allocations:

-Approximately five million for Africa to be shared with countries that will be selected in coordination with the African Union.

-Approximately six million will be targeted toward regional priorities and partner recipients, including Mexico, Canada, and the Republic of Korea, West Bank and Gaza, Ukraine, Kosovo, Haiti, Georgia, Egypt, Jordan, India, Iraq, and Yemen, as well as for United Nations frontline workers.

The sharing of millions of US vaccines with other countries signals a major commitment by the US government.

Just like in the United States, we will move as expeditiously as possible, while abiding by US and host country regulatory and legal requirements, to facilitate the safe and secure transport of vaccines across international borders. This will take time, but the President has directed the Administration to use all the levers of the US government to protect individuals from this virus as quickly as possible. The specific vaccines and amounts will be determined and shared as the Administration works through the logistical, regulatory and other parameters particular to each region and country.”