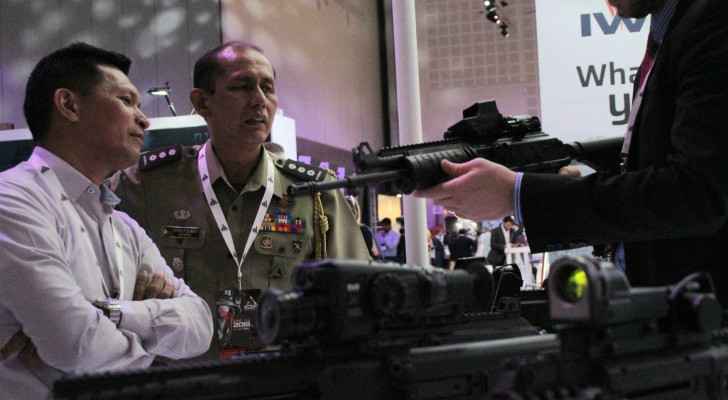 "This is the second historical record (after 2017 with an amount of $9.3 billion) and an increase of $1 billion compared to the previous year," the ministry said in a statement.

The Stockholm International Peace Research Institute ranked the Israeli Occupation as the eighth largest arms exporter in the world in 2020. The institute indicated that the main customers are India, Canada, Vietnam and Azerbaijan, which in 2020 fought an armed conflict with Armenia.

The Israeli Occupation Ministry of Defense indicated that radar and early radar systems accounted for 16 percent of the sales volume, followed by the delivery of weapons and ammunition, then manned aircraft and avionics, followed by missiles and air defense systems.

"Over the past year, we have worked extensively to deepen intergovernmental agreements and cooperation with our partners around the world," the statement quoted Israeli Defense Minister Benny Gantz as saying.

"Israel has new markets and great opportunities for development that would contribute to pumping billions of dollars into the local economy, providing new jobs and contributing to Israel's security," he added.

Sales to Asia and the Pacific region accounted for 44 percent of total sales, compared to 30 percent to Europe, 20 percent to North America, four percent to Africa and two percent to South America, according to the ministry.

The Israeli Occupation is considered the main supplier of arms to Azerbaijan, and last year it was criticized by Armenia, against the background of the conflict between the two countries over the Nagorno Karabakh region.