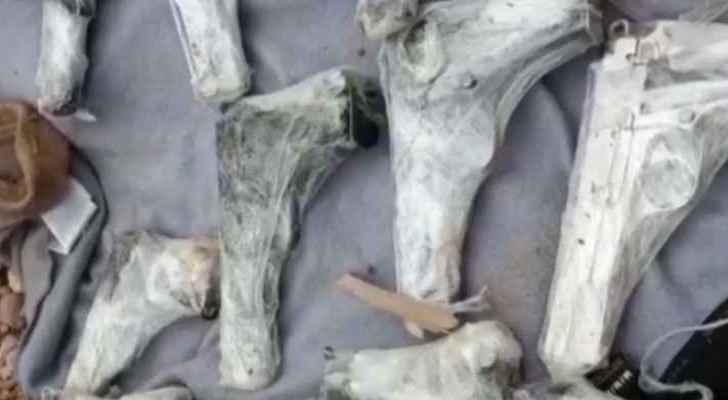 Israel police claimed to foil an arms smuggle attempt from Jordan to Israel, according to Israeli news agencies on Monday, adding that the Israeli police are yet unsure if the seized weapons were intended for “terrorist or criminal activities".

Israeli police announced that they had foiled an apparent plot to smuggle handguns into Israel from Jordan earlier this month, the details of which have been kept under gag order until this week.

Israeli Border Police officers spotted the primary suspect, a Palestinian man from Nablus, as he attempted to cross the border into northern Israel from Jordan wearing a large backpack.

The border guards, assisted by the Israel Defense Forces, arrested the man shortly after he had crossed into the northern Jordan Valley and found inside his bag 37 pistols of various types, according to Israeli news agencies.

The police arrested three other Palestinian suspects as in two cars waiting for the arrival of the first suspect.

Man arrested at Queen Alia Airport for attempting to ....