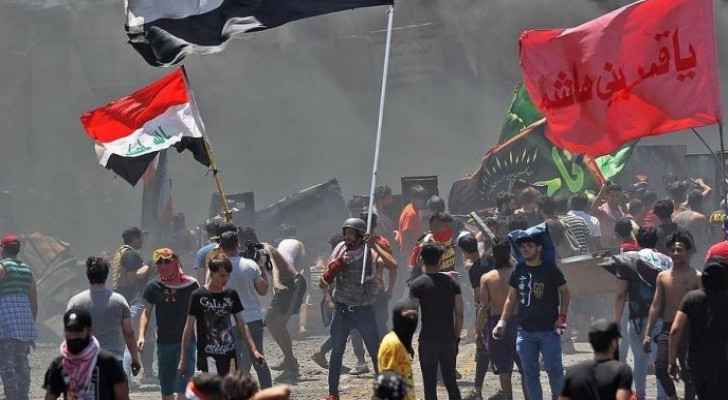 Wednesday, the hashtag ‘Iraq is uprising’ topped the list of trending hashtags on Twitter after an Iraqi protester was killed Tuesday by security forces' bullets and at least 13 others were injured by tear gas following clashes that occurred due to mass protests that took place in Tahrir Square in Baghdad.

This comes at a time when the Iraqi security forces closed the Republic Bridge in central Baghdad, linking Tahrir Square and the Green Zone, after large numbers of demonstrators arrived at the square to demand economic and political reform.

The protesters chanted slogans calling on the authorities to reveal the killers of protesters and activists who were assassinated or kidnapped earlier.

The protests took place amid heavy security deployment in Tahrir Square and the roads leading to it.