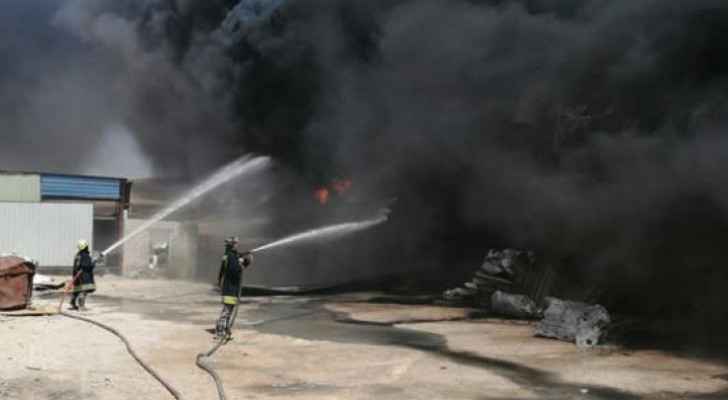 Monday, the media spokesperson for the Public Security Directorate (PSD) said firefighters from the Civil Defense Directorate (CDD) in East Amman, with the support of the Madaba CDD, extinguished a fire that broke out in a factory that manufactures insulation material (polystyrene) in the Muwaqqar area.

The factory is approximately 1,000 square meters, which required dozens of CDD employees including firefighters to get involved to prevent the fire from getting out of control.

The media spokesperson confirmed that no one was injured and that investigations are underway to determine the cause of the fire.