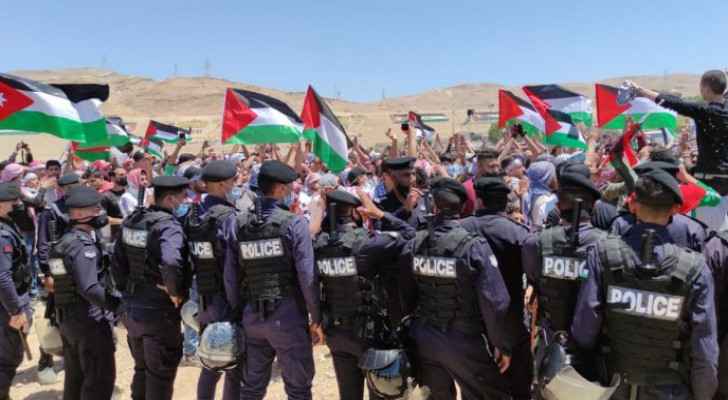 The pioneers of social networking sites in Jordan were surprised that Facebook closed Sunday the "Yalla to the Borders" group, which was established with the aim of mobilizing demonstrations near the borders with the occupied Palestinian territories.

Those on the page said the group had expressed their hope that Facebook would respond to their appeal to overturn the decision.

Facebook said the decision was made because "did not comply with standards," indicating that it is studying a request to review the ban.

The group contained more than 180,000 activists, most of them Jordanians and Palestinian-Jordanians.

The page succeeded in mobilizing thousands of Jordanians to participate in major demonstrations in Southern Shouneh, near the borders with the occupied Palestinian territories, in solidarity with the Palestinians and rejecting the Israeli Occupation's aggression on Gaza and Jerusalem.