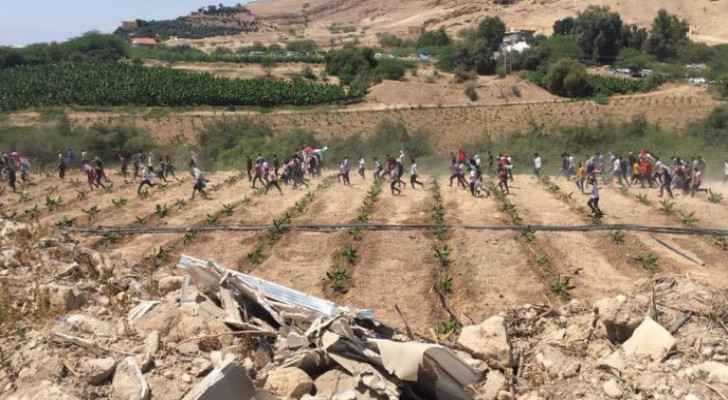 The media spokesperson for the Public Security Directorate (PSD) said Friday, that the security forces in the southern Shouneh region dealt with a handful of people who entered farms, trespassing on private property.

This occurred during the march wherein thousands of Jordanians protested while walking towards the Palestinian border in solidarity with the Palestine.

The PSD called upon all participants to adhere to the permitted gathering places while maintaining security and order.

They requested protesters to cooperate with the security and civil defense men in the place, to maintain their safety and security.

The PSD in previous statements, confirmed that the purpose of "the presence of police and gendarmerie cadres at the site of the event is to maintain security and order, and provide security and humanitarian services in the place."

Also Read: Thousands of Jordanians march to Palestinian border in support of Palestine