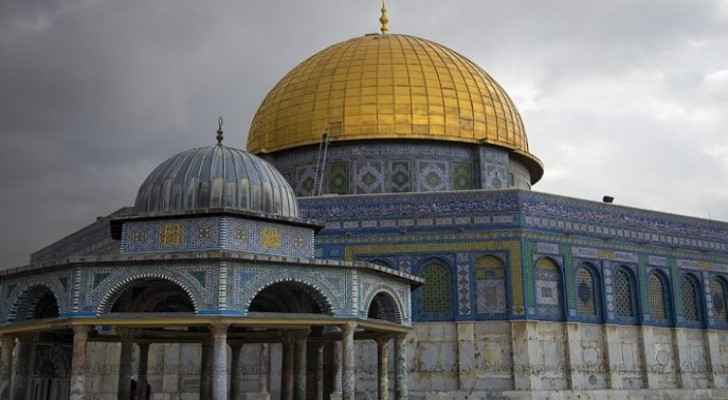 Tuesday, the Council of the Arab League adopted a resolution that emphasized the importance of the historic Hashemite custody of the Islamic and Christian holy sites in Jerusalem, and its role in protecting and preserving their historical status and identity.

The resolution condemned the crimes committed by the Israeli Occupation Forces (IOF) against unarmed Muslim worshippers, and the measures aimed at displacing the people of occupied Jerusalem.

The decision also held the Israeli Occupation responsible for the consequences of those crimes and actions that constitute flagrant violations of international law.

The decision included the formation of an Arab ministerial committee to follow up the Arab action against Israeli Occupation policies and procedures, and to communicate in this regard with the permanent members of the UN Security Council and other internationally influential countries, provided that the committee consists of members from Jordan, Palestine, Egypt, Saudi Arabia, Qatar, Morocco, Tunisia and the Secretary-General.

The resolution called on the International Criminal Court (ICC) to proceed with the investigation of war crimes and crimes against humanity committed by the Israeli Occupation against the Palestinian people.

The resolution came during a session of the League Council among Arab foreign ministers Monday, at the request of Palestine, which was supported by a number of Arab countries.

The session aimed to discuss the Israeli Occupation attacks in occupied Jerusalem, especially the violent attacks on Al-Aqsa Mosque and it's worshippers, and plans to force Palestinian families out of their homes, particularly in the Sheikh Jarrah neighborhood.

The assistant Secretary-General of the League, Hossam Zaki, said that it was decided to upgrade the meeting to the ministerial level from that of the permanent delegates level.