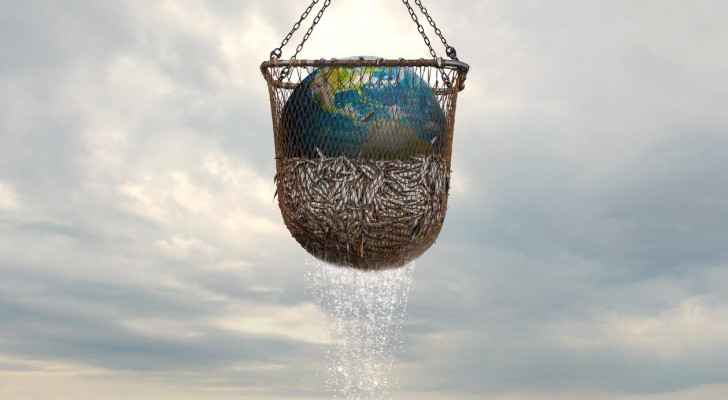 A recently released Netflix documentary directed by Ali Tabrizi took the world by storm, creating a wave of national discussions about the environmental and ethical issues of consuming fish.

The film premiered on March 24 and rapidly gained a lot of popularity. It dives headfirst into the topics of commercial fishing that are rarely talked about. Tabrizi raises a lot of important questions about the troubles of fishing from a very personal and rather distinctive point of view. So, what can we learn from the film?

While the world always points out the destruction of the Ocean’s ecosystems by single-use plastics such as straw and plastic bags or oil spills, the much more impactful issue is industrial fishing. It is the serial killer of fish in disguise. Globally, five million fish are killed every minute due to overfishing, and if this trend continues, the ocean will face complete emptiness by 2048.

Many companies use misleading labels on their products, such as ‘green-washed’ labels on tuna cans to trick consumers into believing that their produce is sustainable, but they’re not. There are hardly enough regulations and rules to ensure real sustainability. The nets and plastic waste caused by industrial fishing and the over consumption of fish on a global scale is slowly killing our cceans, and what happens on the boats, out at sea, remains in oblivion. The worldwide silence and the rarity of regulated fishing districts (only 0.5 percent of the oceans are protected) make it extremely hard to control the ‘undefinable’ sustainability of the oceans.

The only real and sustainable choice is to stop eating fish.

2. The World is dying

The oceanic decline inevitably leads to the abolishment of all life. Seaspiracy tackles the reasons as to why this is the case. Firstly, 93 percent of the world’s carbon dioxide is stored in the ocean by marine plants. Sadly, the large-scale fishing undergoes a process known as ‘bottom trawling’ where colossal fish nets the size of 13 jumbo jets scrape the entire ocean floor causing seafloor deforestation.

The consequence of the death of a large amount of oceanic life results in an overall increase in the water’s temperature , which destroys the marine ecosystems. This can heavily impact the weather and cause many devastating natural disasters.

Bycatch is a term in the fishing industry that refers to fish being caught unintentionally while trying to catch a certain species of fish. In this process , the accidentally-caught fish are killed. Bycatch is responsible for 40 percent of the removal of marine life from the oceans. According to Seaspiracy, governments worldwide have given up on trying to control bycatch. An example of this is the French government’s silence for over seven decades concerning the thousands of washed-up dolphins on France’s west coast.

4. Why do humans kill sharks?

It is common amongst humans to have a fear of sharks. As it turns out, sharks are more afraid of us than we are of them. Sharks kill 10 people on average per year, whilst humans’ massacre 11,000 to 30,000 sharks per hour.

In fact, the shark killing and shark finning industry is a multi-billion, possibly mafia-related industry. Seaspiracy constructs a rather compelling argument as to why we kill sharks.

In Asia, sharks are massacred for their fins to make fin soup. Fin soup has no nutritional benefits whatsoever, however, it is consumed to portray a symbol of status. Sharks are also victims of bycatch and a large sum of sharks die because of this.

Sharks are an apex predator, and their existence is vital to preserving marine life. If the first layer of the shark ecosystem is killed, a large population of smaller fish and invertebrates in the second layer of the ecosystem is being left behind. This means that these fish will eat all of the third layer, resulting in the obliteration of that particular ecosystem.

5. Not only an animal rights issue

Recently, there have been many reports of disappearances and deaths of men at sea. Seaspiracy points out the human rights abuses that occur within the fishing industry. It shows many men are being manipulated to become fishermen. Not just any regular fishermen though: fishermen that are forced into slavery at sea. The men interviewed in the documentary discuss the terrible mis-happenings that they endure. The owners of the boats that they work on go as far as hitting them with iron bars and dumping boiling hot water on their bodies if they don’t want to work because of exhaustion. The film highlights the fact that this cheap labour is the only way the fishing industry can afford the overfishing expenses.

As if that isn’t bad enough, local businesses in areas that rely upon fishing to keep them alive can no longer find enough fish to extract as the wild-life poaching caused by this commercial business left behind a scarcity of fish in the seas. Fishermen in these areas that need fish to survive have to risk their lives and go further out into the sea to provide food for their families. This great deal of hunger then causes people to hunt animals on land. Unfortunately, this cascade of events can lead to the spread of infectious diseases such as the Ebola outbreak in Africa because of the consumption of wild animals.

Director of AlRawabi School for Girls says she is 'very ....

Director of AlRawabi School for Girls says she ....

Director of AlRawabi School for Girls says she ....

Director of AlRawabi School for Girls ....