'We are with the people of Sheikh Jarrah and Palestine': MP Armouti

'We are with the people of Sheikh Jarrah and Palestine': MP Armouti 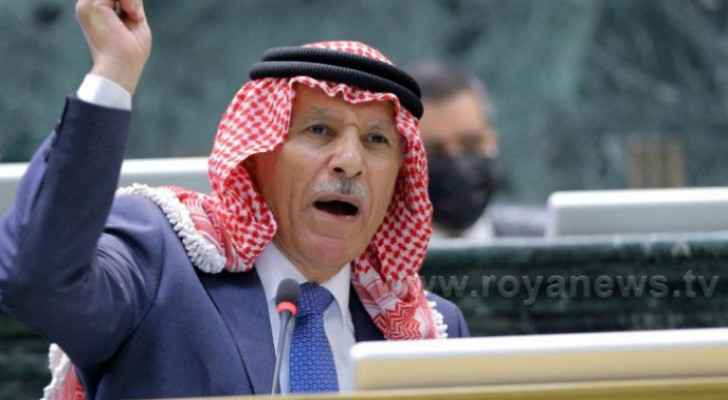 Thousands of Jordanians Friday afternoon, carried out a demonstration in the courtyard of the Grand Husseini Mosque in Downtown Amman, in solidarity with the Palestinians in the face of the violations of the Israeli Occupation and the forced displacement of the people of the Sheikh Jarrah neighborhood in the West Bank.

MP Armouti, who attended, said "Palestine cannot be divided by two. We are with the people of the Sheikh Jarrah neighborhood and with every part of Palestine."

Al-Armouti added to Roya, that the laws do not distinguish between resistance and terrorism, noting that what is taking place in Sheikh Jarrah are acts of "terrorism."

He described what is happening as "human crimes, war crimes, and genocide crimes," considering it a breach of world peace and security under the UN's Universal Declaration of Human Rights Article 9.

"No one shall be subjected to arbitrary arrest, detention or exile."

He pointed out that in 1976, 96 lives were lost from the Kingdom's armed forces in defense of Jerusalem, adding that "our Palestinian people will prevail."

Armouti said, "We will go to Safed, Jaffa, Tiberias and Acre, [and liberate.]"