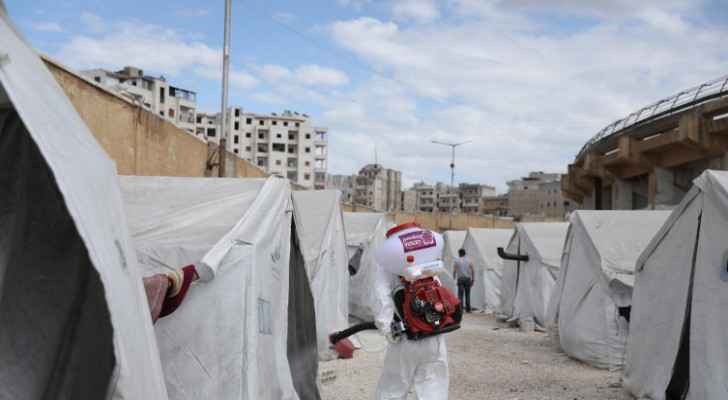 The vaccination campaign against the coronavirus began Saturday in the areas controlled by the fighting factions in north and northwest Syria, according to an AFP correspondent in the city of Idlib.

April 21, the areas controlled by the fighting factions in the Idlib governorate and northern Aleppo received the first batch of 53,800 doses of AstraZeneca vaccine within the COVAX program, which allocates humanitarian reserves of the vaccine to poorer countries.

And in the city of Idlib, the campaign began with vaccinating a doctor at the Ibn Sina Children's Hospital, which is located in the city center and is one of its largest.

He pointed out that the campaign will expand Monday, targeting "all health facilities, including those located in the camp areas" on the border with Turkey.

In addition to medical personnel, the first phase targets humanitarian workers, and the campaign will later expand to include the elderly and people with chronic diseases.

According to the committee, more than 90 vaccination-trained teams will tour all medical centers.

Those areas, which are home to nearly four million people, recorded 21,962 cases, including 641 deaths, according to the latest data.

These areas are scheduled to receive about 224,000 doses in the first phase, according to the World Health Organization at the end of March.

"The comprehensive plan aims to vaccinate twenty percent of the population of northwestern Syria, that is, an estimated 855,000 people," Najib said.

The World Health Organization hopes that by the end of 2021, 20 percent of the Syrian population will be vaccinated.

One killed, several injured in Israeli Occupation raids on ....