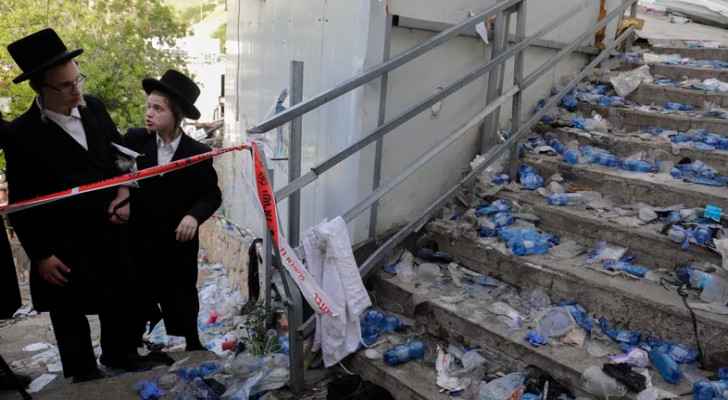 A US embassy spokesperson announced Saturday that a number of American citizens were among dozens of dead and injured in a stampede during a religious ceremony in the Israeli Cccupation Friday.

"We can confirm that a number of American citizens were among the victims," the spokesperson said.

"The Embassy of the United States is working with local authorities to verify whether any other American nationals were affected by the incident, and is providing all possible consular support to the concerned American citizens and their families. Out of respect for their families in this difficult time, we are reluctant to make any further comment."

Netanyahu described the incident as one of the "gravest disasters" in the Israeli Occupation’s history, and pledged to conduct a thorough investigation to ensure it would not be repeated.

Friday, medical teams worked to identify the victims' identities of the incident, which occured when worshippers tripped on steps, causing several others to fall, and crush others. Witnesses reported seeing a "mountain" of people suffocated in a corridor about three meters wide.

Tens of thousands of Jews were gathered at the grave of Rabbi Shimon Bar Yohai in the Galilee to participate in the annual celebration of Lag Baomer (Torch Festival), an annual celebration that includes praying all night and chanting religious songs.

Also read: At least 45 killed in stampede at religious gathering in Israeli Occupation