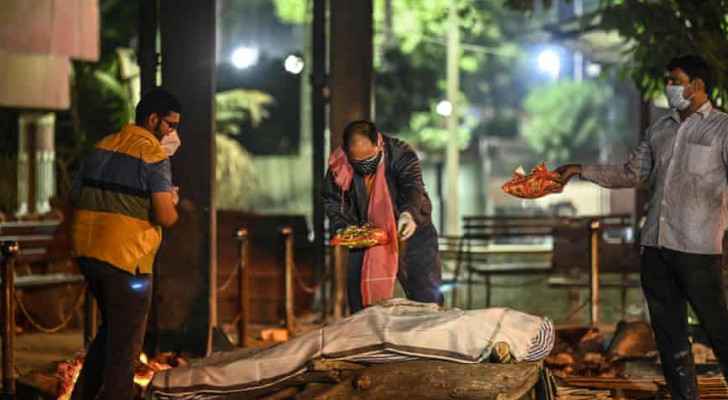 The Indian Ministry of Health announced Saturday that more than 400,000 new cases of coronavirus were recorded during the past 24 hours, the largest number ever recorded in one country in a single day.

The ministry said that 401,993 new infections were counted, raising the total number of COVID-19 cases in India to more than 19.1 million.

The harrowing record comes as 18 patients died overnight in a fire in India, the second hospital fire this month.

Experts believe that the actual number is much higher, as the number of examinations is not sufficient and causes of death are often not accurately recorded.

The Indian authorities eased restrictions on most activities at the beginning of the year when the number of cases decreased to less than 10,000 a day.

Religious rallies that drew millions of Hindu pilgrims and political gatherings were allowed to continue even when the number of infections began to rise sharply in late March.

In April alone, about seven million new infections were recorded in India.

However, the prevalence of the disease compared to the population remains relatively low compared to many other countries.