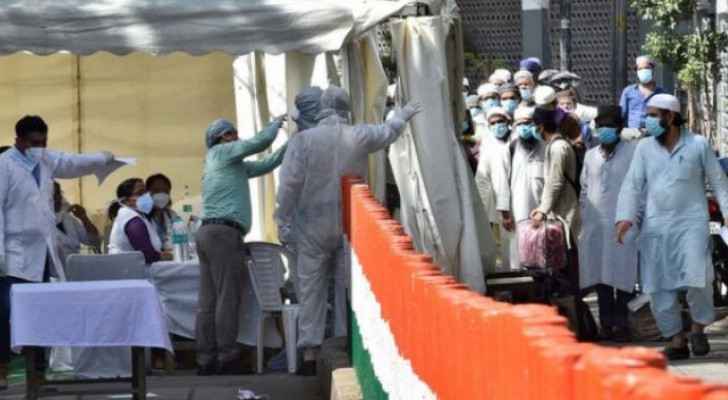 The spokesperson for the Ministry of Foreign Affairs and Expatriate Affairs, Ambassador Dhaifallah Al-Fayez, told Roya Friday that three cases of COVID-19 have been recorded among Jordanians in India.

However, Fayez indicated that he had no information about whether they were infected with the mutated Indian COVID-19 strain or not.

He confirmed that their cases are being closely followed up by the Jordanian embassy in New Delhi until they have recovered.

Fayez added that the information available to the ministry indicates that there are 100 Jordanians in India, most of them students.

He stressed that no evacuation plane is currently sent to Jordanians who are in India, however transportation is available, and the measures announced by the Crisis Cell will be applied to all citizens wishing to return from India.