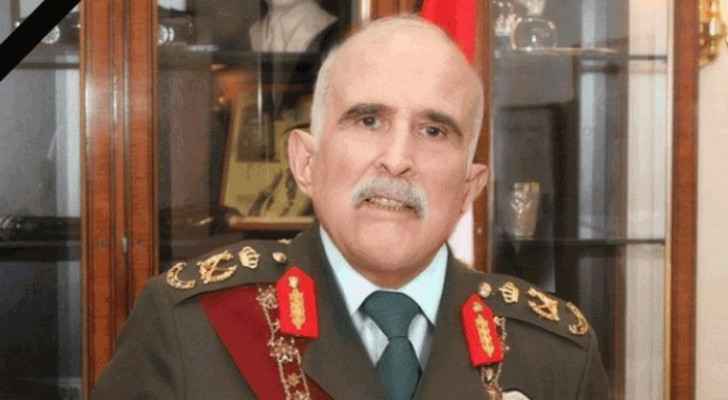 His Royal Highness Prince Muhammad bin Talal was born on October 2, 1940, in Amman, Jordan to King Talal bin Abdullah and Queen Zein Al-Sharaf. He is the grandson of the founder of the Kingdom, King Abdullah bin Al Hussein, and the brother of King Hussein.

His parents wanted him to receive a strong education, so they enrolled him in the Islamic Scientific College in Amman to complete his primary school education. Later, he was sent to Switzerland, where he enrolled in the College Alpin Beau Soleil, after which he completed his high school education at Bryanston College in Britain.

Like all other Hashemite Princes, Prince Muhammad received a military education by joining the Military College in Baghdad during the royal era. He then returned to Jordan to join the Jordanian Armed Forces, the Arab Army.

Prince Muhammad served in the military in the first Royal Guard Regiment before becoming Aide de Camp to His Majesty King Hussein, who chose him to be Jordan’s Crown Prince at the beginning of his reign, from 1952 until 1962.

Prince Muhammad represented His Majesty King Hussein many times when he was away from the homeland. He was also entrusted with a number of political tasks requested by the King.

In 1971, King Hussein appointed him as the Head of the Council of Tribal Chiefs, which is an important position that enables communication between the Royal Hashemite Court (RHC) and the Jordanian tribes.

In 1973, King Hussein appointed him as the Personal Representative of His Majesty King Hussein.

In honor of His Highness Prince Muhammad, who holds the honorary rank of Full General in the Armed Forces, one of the Arab Army battalions- Prince Muhammad’s 9th Mechanized Brigade, also called the ‘Nakhwa’ Brigade- was named after him. The battalion received the flag of the Great Arab Revolt from His Majesty King Abdullah II in 2018 in appreciation of its efforts and to honor the souls of its martyrs.

His Highness Prince Muhammad bin Talal was involved in various activities especially in the sports field. He was the President of the Royal Jordanian Chess Federation and Jordan Shooting Federation and the British Federation of Kyokushin Karate.

His Highness obtained a private pilot licence in 1960.

In 1964, Prince Muhammad married Firyal Irshaid, who was given the title of Princess Firyal and gave birth to Prince Talal and Prince Ghazi.

In 1981, Prince Muhammad married Taghreed al-Majali, the daughter of the former Prime Minister of Jordan, Hazza al-Majali. Taghreed was also given the title of Princess Taghreed Muhammad.

The memory of Prince Muhammad bin Talal, who passed away on April 29, 2021, in Amman, Jordan, at the age of 81, will remain alive in the hearts of Jordanians who knew him as a good prince, loyal to his King, his Hashemite lineage and his Arab heritage.