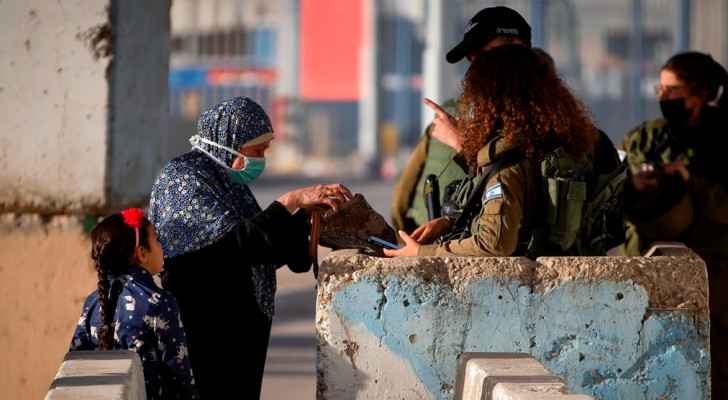 The New York-based human rights organization "outlines" the charges in a 213-page report based on various sources, including "government planning documents."

"These results are based on the comprehensive Israeli government policy to maintain the domination of Israeli Jews over the Palestinians and the grave violations committed against Palestinians living in the occupied territories, including East Jerusalem," she said.

The Israeli Occupation Ministry of Foreign Affairs responded to the report before its publication, saying to AFP that it is a "propaganda brochure" that has nothing to do with "facts or the truth on the ground," issued by an organization that has adopted "for a long time an anti-Israel agenda."

The Human Rights Watch report pointed out that there is "one authority, which is the authority of the Israeli government, that basically governs the area between the Jordan River and the Mediterranean Sea, where two groups of roughly equal size reside and grant systematic privileges to Israeli Jews while they oppress the Palestinians. This repression is practiced in its most severe form in the occupied territories."

The report supports similar conclusions by the Israeli Occupation and Palestinian human rights groups, and comes at a time when the International Criminal Court announced the opening of an investigation into "war crimes" in the occupied Palestinian territories.

The Israeli Occupation denies that it is committing the crime of apartheid or other crimes against humanity.