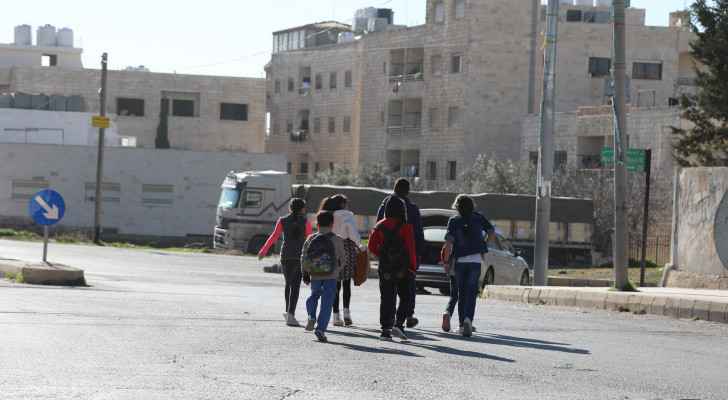 He also confirmed that Jordan is aiming to reopen closed border crossings while applying strict measures, especially for those arriving from Gulf countries and the United Kingdom. This decision came due to concerns related to the Indian COVID-19 mutated variant, which Dudin described as spreading like wildfire.

Dudin said that the government is also dealing with 'great public pressure' to reduce restrictions in various sectors.

He added that the percentage of positive PCR test rates has stabilized over the past two days. Dudin noted that this encourages the government in terms of introducing mitigating measures, 'which will be justified from an epidemiological point of view.'

Dudin stressed that the situation will remain 'worrying' as long as the daily positive PCR test rate is more than five percent, adding that this is the standard that all countries adopt when it comes to easing restrictions.

Dudin said "we sense the bitterness of distress which has been affecting people for more than a year."

Dudin said that the government was aiming to vaccinate three million Jordanian citizens and residents by June 1.

He noted that reluctance to get vaccinated postponed the goal of reaching a 'safe summer' to July 1.

More than 60 facilities fined for non-compliance with ....

More than 60 facilities fined for non-compliance ....

Jordan ranks fifth in Arab world in quality of education

'Different arrangements' to be made next semester: ....

'Different arrangements' to be made next ....

'Different arrangements' to be made next ....

'Different arrangements' to be made ....